From TCC to Antarctica

“What I learned so far is that with motivation, dedication you really can ‘go anywhere.’ I encourage others to go for it. If you see an opportunity – take it!” — Zach Steinmiller 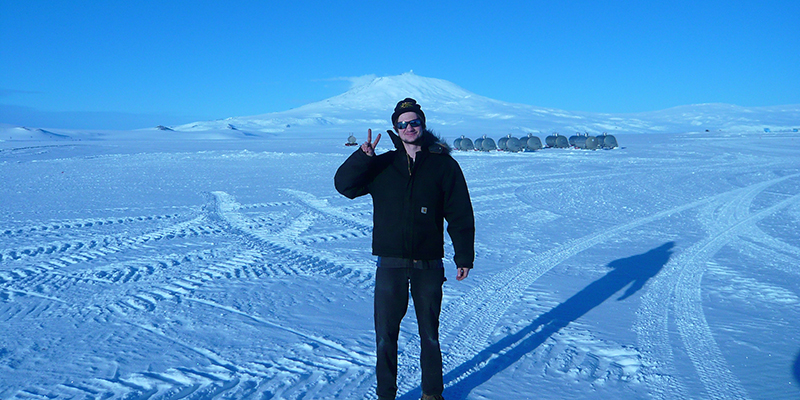 As a diesel mechanic working toward his Associate of Applied Science in Diesel Technology, Steinmiller, 22, was looking for a place to complete his cooperative education when he found a position with Pacific Architects and Engineers, Inc. in Antarctica.

“I was searching online job sites when I saw this posting and I thought ‘why not?’ I’m young and I just kind of went for it,” he said. 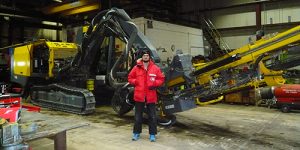 Steinmiller shows off one of the heavy-duty vehicles used for research.

Steinmiller’s work includes upkeep of all the heavy equipment used for scientific research, including cranes, front-end loaders and bulldozers. He also helps maintains a fleet of trucks, vans and military vehicles.

“It has been an amazing experience to work and live in a place that few people have been before. So far it’s never been above freezing, but we are outfitted to work in the climate,” he said. “I’m learning a great deal because it was fast-paced and there were not that many diesel technicians on the job.”

Cooperative education, a key component of the hands-on learning required for all automotive students, includes 160 hours of documented work for those studying diesel technology.

Steinmiller initially was studying nursing, but when he got to his anatomy and physiology classes, he changed direction and went back to engines, his first love. Now he’s sure he made the right choice and credits TCC faculty with building his skills and exposing him to new information in every class.

Steinmiller worked with staffer Dave Brown at the college’s Regional Automotive Center to arrange credit for his work down under.

Steinmiller communicated with Brown via email and Skype. In addition, his supervisor completed reports on his work. Steinmiller also sent videos showing actual footage of repairs.

An outdoor enthusiast, Steinmiller’s favorite part of the journey has been exploring a pristine continent largely unaffected by humans. 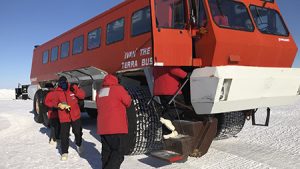 Close-up of the military-transport vehicle.

“There are some really beautiful sites,” he said. “We climbed volcanic mountains and found views that would steal your breath away. The air is crisp and it is very quiet. There are places where the silence is stunning.”

“Antarctica is a protected land and you can’t bring any outside plants or containments to the place,” Steinmiller added. “Our mission is to support the scientists doing research, but also to keep the place pristine. I’d absolutely never want to see big business here.”

Steinmiller is just a few classes shy of earning his degree. He plans to return to the United States to complete two diesel classes and four more general education courses.

From there, he hopes to travel the world.

Steinmiller has set his sights on becoming a machinery technician on a container ship, working on engines that are four stories high. He is also considering working as a heavy equipment mechanic.

He notes that the work he is doing in Antarctica is preparing him well for work in other harsh climates like Russia, the Middle East and Greenland.

“It was something landing on ice and seeing the surface spray all over the plane. Everything about the experience was new, except the work, which I was well prepared to do,” he said.

“Every instructor I’ve had knows their stuff and the training has been good,” he said.

“What I learned so far is that with motivation, dedication you really can ‘go anywhere.’ I encourage others to go for it. If you see an opportunity – take it!”