When MS cost him his Navy career, disabled veteran found his focus at TCC

Matthew McCarthy is working toward his associate in studio arts with a specialization in photographic media arts at the Visual Arts Center. 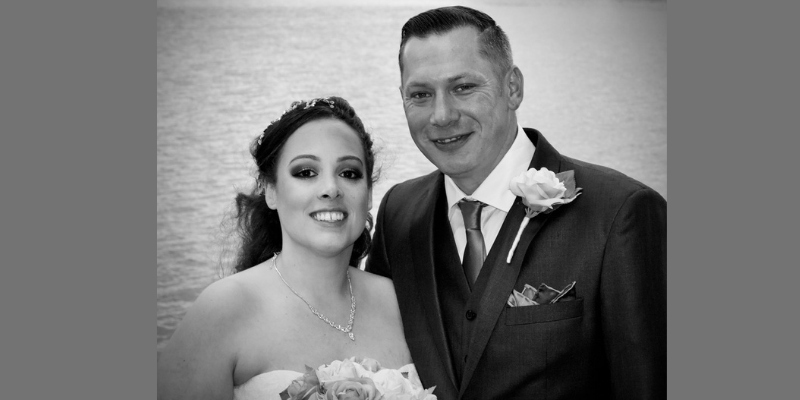 One-third of our students are military-related. This week we highlight some of them in honor of Veterans Day, Nov. 11.

Instead of reflecting on his lost Navy career or the Multiple sclerosis diagnosis that unexpectedly ended it, the California native focuses on the subject in front of the lens.

“When I’m out taking pictures for a project, that’s all I’m thinking about,” he says. “It’s an outlet.”

Using his GI Bill benefits to pay for tuition, McCarthy is close to completing an associate degree in studio arts with a specialization in photographic media arts at Tidewater Community College’s Visual Arts Center (VAC).

He’s not looking to make a huge career out of photography; it’s a passion that’s evolved into a  therapeutic hobby and given him a purpose. McCarthy grew up enjoying the dark room and 35 millimeter film — archaic terms to today’s millennial.

In fact, when he signed up for his first class, he figured he’d be headed to the Virginia Beach Campus. He had no idea that TCC offered its own charming art school, the VAC.

“I had always gone down that street to go to the Children’s Museum and blew right past the VAC,” McCarthy says. “Learning in a building that is dedicated strictly to the arts is absolutely amazing.”

McCarthy was admittedly directionless when he learned he suffered from MS. He enlisted at 24 and eventually got stationed in Virginia Beach in 2010. Six years after that, he began suffering from double vision and fatigue. Initially, he dismissed it, but within a couple of days, he went to the hospital for tests and received the diagnosis after an MRI.

A downward spiral led to the first major depression he had ever experienced. The MS forced him to medically retire from the Navy. He lost his father earlier that year, and a relationship that became toxic fell apart. He spent Christmas Eve and Christmas Day in a hotel room by himself.

The time alone caused him to think and reevaluate. Finally, he developed this mindset: “It’s a disease. It’s not going to kill me. It’s chronic. I can manage it.”

“I compared it to diabetes,” he said. “I didn’t want it to control my life. I’m still me. I can still do the things I like most of the time.”

None of it was easy. He struggles with a lack of strength on his left side and some of his right along with cognitive and memory issues. Sometimes he slurs his speech.

“Star Trek” on Netflix became his respite until he realized he had to find a purpose to his days. Having heard from his military colleagues about TCC, he enrolled. He hadn’t been a strong student in high school, so in many ways achieving at TCC was his redemption.

“I went into college with that military mindset,” he said. “I’m in my fourth semester and I have had a 4.0 every semester.”

In addition, one of his photos for a project in his Fundamentals of Design class won an award at the VAC’s student art show. He earned the Doug Barner Fine Arts Scholarship this past fall that will help him purchase some better camera equipment.

For special support services for military-related students, visit the CMVE or call 757-822-7645. You can also email military@tcc.edu.