From here, Marine veteran might be Ivy-bound thanks to new TCC partnership

The CMVE has a new agreement with the Warrior-Scholar Project, a mentoring program that transitions service members to the academic world through a series of immersive boot camps hosted by the nation’s top universities. 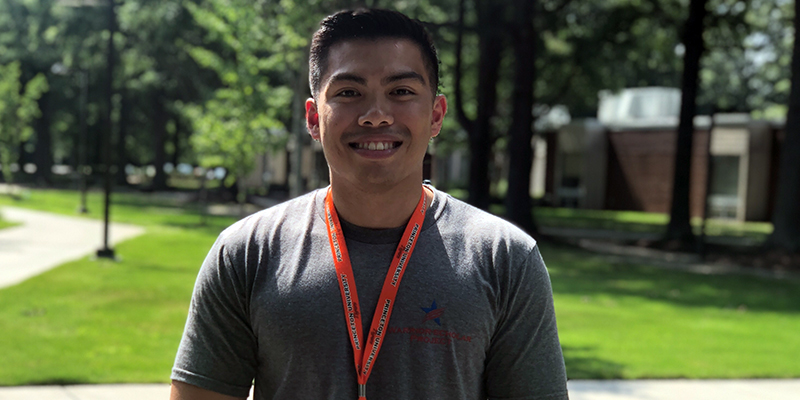 When Marine veteran Christian Martinez graduates from Tidewater Community College this fall, he plans to transfer to Princeton University though he hasn’t ruled out MIT and Cornell.

It’s a road Martinez never thought possible until he completed the Warrior-Scholar Project last month. The mentoring program transitions service members to the academic world through a series of highly intensive, immersive boot camps hosted by the nation’s top universities.

Martinez had never heard of it until Shelly Bearden, the Veterans Resource Liaison at TCC’s Center for Military and Veterans Education (CMVE) encouraged him to apply. The CMVE recently entered into an agreement with the Warrior-Scholar Project, which plans to hold informational sessions at the Virginia Beach Campus in November to recruit more military-related students from here.

The nonprofit trains military personnel in the academic and social skills required for college success and works with service members who are navigating the college application or transfer process.

Martinez completed the two-week experience at Princeton and admittedly, “I fell in love with the place,” he said. Now transferring there seems attainable.

Bearden said the skills-bridge project is perfect for high achieving enlisted, transitioning and veteran service members who have flexibility in their higher education plans. Accepted students pay nothing for their two weeks on campus held at a host institution. Princeton is one possibility; others include Yale, Harvard, Notre Dame and Georgetown.

Applying to any Ivy League school was a daunting prospect for Martinez, who enlisted in the Marines after graduating from Tallwood High six years ago. The former sergeant used his GI Bill benefits at TCC in pursuing an Associate of Science in Engineering. He planned to transfer in-state, but now his perspective is altered.

“I’m going to Princeton,” he said with confidence.

Martinez fell in love with the New Jersey campus, where, “All the buildings are castles,” he said. His first week there started a humanities focus, consisting of analytical readings of more than 15 books ranging in scope from early democracy to modern military. Lectures and analysis from Princeton faculty followed. Then the writing process started. 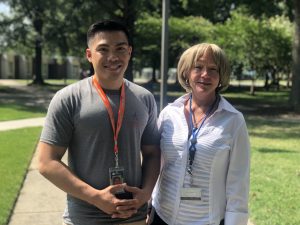 “We learned how to analyze each text, dissect each paragraph, use study skills that I never knew before, write a strong Ivy League level essay and mostly, write an essay for their admission essay section,” Martinez said. “Reading and writing was my weakness before attending this program. I never had the confidence that I could be a decent writer.”

He ended up writing an essay that drew from John F. Kennedy’s inaugural address and the Melian Dialogue.

That essay will be part of his packet for Ivy League admission.

The second part of the program played more to Martinez’s strength, focusing on STEM, and in particular physics. He learned under a senior physics lecturer who connected to the class by using military-related analogies. He and his group completed a final project in cryptology.

“I never liked physics that much,” Martinez said. The professor he learned under at Princeton made such an impression that instead of a chemical engineer majoring, he plans to pursue astrophysics.

Martinez returned to TCC with more focus and drive, pumped about a future that likely will include a doctorate.

“I’m grateful to TCC for telling me about this program,” he said. “Being part of it was probably the best experience in my life.”

Are you a military-related student interested in the Warrior-Scholar Project? Contact Bearden, Veterans Resource Liaison at the CMVE, at veritas@tcc.edu.