“Don’t let anyone tell you that you are not good enough and that you don’t fit in because you can achieve wonderful things." - Tony Sawyer 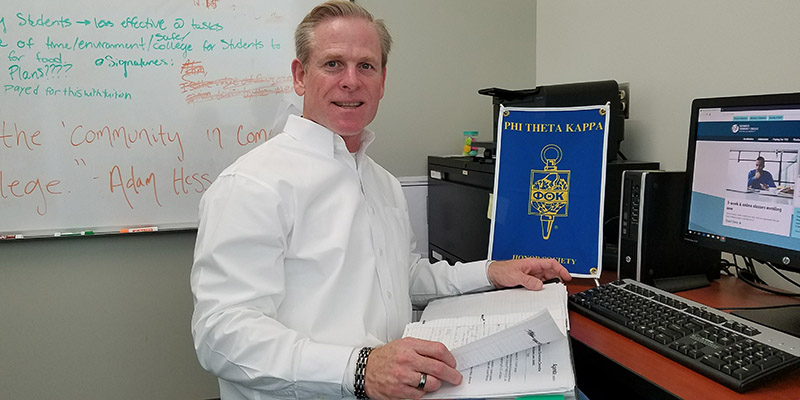 The student speaker for TCC’s 66th Commencement Exercises will share his story with classmates before he receives his Associate of Science in Social Sciences during the ceremony held May 12 at the Ted Constant Convocation Center.

The Chesapeake resident volunteers full time for Onesimus Training Center in Chesapeake, a recovery home for men struggling with addictions. He decided to pursue his education to make an even bigger impact.

“Tony is a valuable resource to the ministry. His insight and life experience are helpful to me as I work with men dealing with the challenge of recovery,” said the Rev. Bill Twine, executive director of Onesimus. “He is also a source of inspiration and encouragement to the men in our program.” 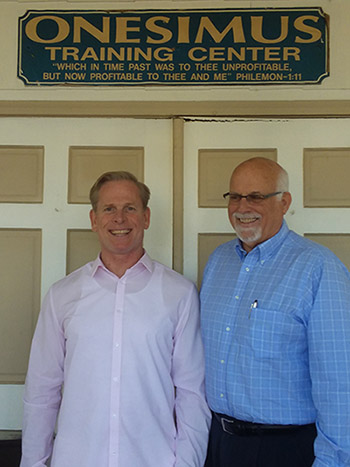 After dropping out of junior high school, Sawyer spent the next three decades working unfulfilling jobs that left him dissatisfied and insecure about the future. During that time, he also battled personal and family issues that began when he was 12.

“I was introduced to a negative lifestyle at a young age,” he said. “When I moved out at 16, I thought I’d get a great job and make a lot of money. That just never happened.”

After reading Rick Warren’s “The Purpose Driven Life,” Sawyer was inspired to give back to the community.

When he first came to TCC, Sawyer jumped into college life, taking 14 credits while working full time and volunteering 30-plus hours a week at Onesimus. He was drowning as a student.

Meeting with Holly Desteli, a First Year Success advisor, helped him scale back to a manageable load. He dropped one class and gave notice at work, putting his education and volunteer service as his top priorities.

“Holly told me something that stuck with me. She said, ‘Just do the work, Tony. Do what’s due now and then do what’s pressing on your schedule. Leave the rest until tomorrow.’ ”

Sawyer earned a 3.8 GPA and was on the President’s List every semester after that first one. 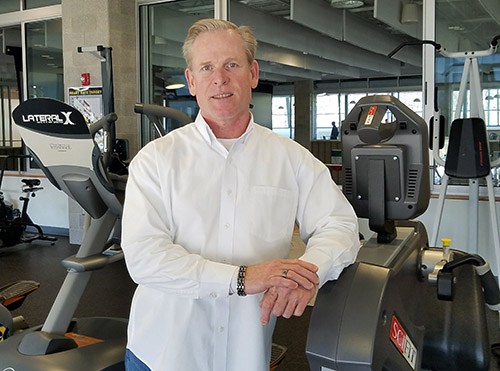 Sawyer will attend the Honors College at Old Dominion University this fall to work toward a bachelor’s in human services. He also hopes to pursue education in nursing and would like to work in the mental health field.

As the speaker for the graduates, Sawyer’s message is, “Don’t let anyone tell you that you are not good enough and that you don’t fit in because you can achieve wonderful things. The education we received teaches us to think critically and with a purpose.”

He added, “Never look back. Pursue your dreams and enjoy the journey into your future.”