TCC Board Chair Tom Wilson remembered for his passion, dedication

Wilson joined the board in September 2007 and became chair in 2012. He had one more year remaining on his term as chair. 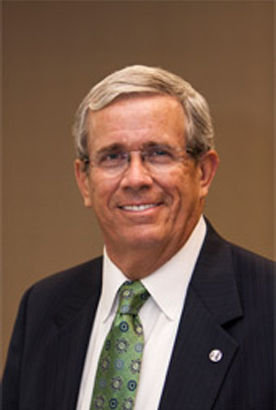 “One of the first people who welcomed me to TCC nearly a year ago was Tom Wilson, and I will miss him for his support of the college and for his friendship,” said TCC President Edna V. Baehre-Kolovani. “He was passionate about all that TCC represents in the Hampton Roads community, and as chairman of the TCC Board, he was a respected leader and visionary whose dedication never wavered. My deepest sympathies extend to his wife, Rosemary, and his daughters, Kari and Sarah.”

“Tom Wilson was a dedicated member of the Tidewater Community College Board,” said John Padgett, vice chair of the College Board. “He served TCC with distinction. His leadership was important to the continued success of TCC. We will miss his sharp intellect, his warm smile and his desire to constantly improve the opportunities made available for the TCC community.”

At TCC, Wilson also chaired the Resource Development Committee from 2009-2011 and served on two other committees. He held a bachelor of science in commerce from the University of Virginia.