“I called TCC, and within two weeks, I had a confirmed seat in class, and the bill was paid for me,” said Timothy Raub, who benefited from a federal grant to the college 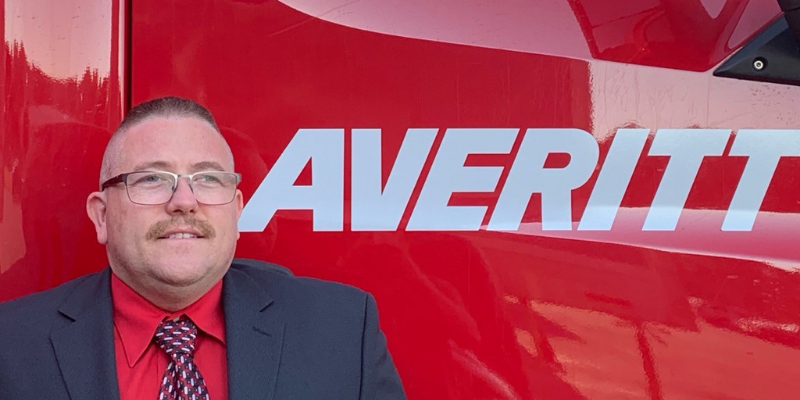 Veteran Timothy Raub needed a new career after his retirement from the military and was asked on base if he ever considered becoming a truck driver.

“Are you out of your mind?” he responded.

Three years later, the graduate of Tidewater Community College’s trucking program is one of 10 finalists for a national driving excellence award. The recognition is part of an effort to inspire the hiring of more veterans in an industry overflowing with employment opportunities.

According to a recent CNBC article, in the next decade, we’ll need 890,000 drivers to keep pace with growth and demand for freight transportation. Raub had a job lined up prior to graduating from TCC, noting, “I had 17 companies contact me.”  He paid nothing for his classes here after working with TCC’s Center for Military and Veterans Education (CMVE).

For the last four years, the CMVE has received grant money from the U.S. Department of Transportation Federal Motor Carrier Safety Administration (FMCSA) to train veterans, their spouses and dependents for careers in trucking, where typical wages range from $45,000 to $65,000.

“I called TCC, and within two weeks, I had a confirmed seat in class, and the bill was paid for me,” Raub said. “I have a job in an industry where I don’t need to ever worry about finding one.”

As a “Transition Trucking: Driving for Excellence Award” top 10 finalist, Raub will be recognized at the George W. Bush Library and Museum later this year. The field then narrows to three during a trucking trade show in Dallas that he will attend as a guest. Cash prizes are awarded in addition to the overall winner receiving a fully loaded Kenworth T680 — a tractor-trailer with all  the bells and whistles — valued at $155,000.

“It’s just an honor to be up for the award,” said Raub, 48, who, straight out of high school, joined the Navy, where he spent 26 years, serving on five ships, two overseas unaccompanied commands and three shore duties commands.

In earning his Class A Commercial Driver’s License at TCC, he realized that trucking played to many of his strengths, particularly his commitment to structure and discipline.

Raub drives roughly 2,000 miles a week, but “I’m home every week, usually in the middle of the week, and every weekend.” Given how much time he spent traveling with the Navy, he welcomes the schedule and thinks other veterans would embrace it as well.

In the last four years, the FMCSA has awarded TCC more than $554,000 in grant money to train veterans for careers in trucking. Nearly 150 military-related students have received training through the program.

“My company comes to TCC during graduation,” Raub said. “I’ve been back, too, to show off my truck.”

The 16-week Career Studies Certificate in Trucking is offered at TCC’s northern Suffolk site. Day and evening classes are available.

For information, contact Alesia Wroten, program coordinator, at awroten@tcc.edu or 757-822-7714.