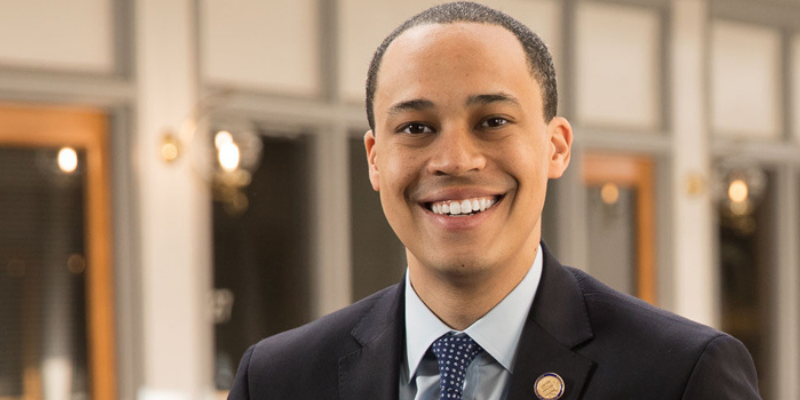 For the first time since the start of the COVID-19 Pandemic, Tidewater Community College will hold its commencement exercises in person.
Current Fall Semester graduates and students who graduated in 2020 are invited to participate.

Del. Jay Jones is the keynote speaker for TCC’s 73rd Commencement Exercises to be held on Monday, Dec. 20, at Chartway Arena. Commencement, which begins at 6 p.m., will be streamed live at tcc.edu/commencement.

Jones was elected to the House of Delegates in 2017 to represent the 89th District. During his tenure, Jones fought to expand Medicaid, increase the minimum wage and give teachers a raise. He also gave voice to progressive energy and environmental policies that improve the lives of all Virginians while preserving air, water and land.

Jones also championed legislation known as the “Ashanti Alert,” a bill to establish a missing person alert for adults in the Commonwealth. This legislation was used as the model for a bill that eventually became federal law. In addition, he sponsored legislation to deconcentrate poverty in urban communities, achieve a fair regulatory scheme for our public utilities and create an earned income tax credit in Virginia.

The descendant of slaves, Jones’ family has been in Norfolk since the early 20th century. His grandfather, Hilary H. Jones, Sr., was a pioneering Civil Rights attorney in Norfolk and became the first Black member of the Norfolk School Board. In 1969, he was appointed to the State Board of Education, the first Black to be named to the board in the history of Virginia.

Jones’ father, Jerrauld C. Jones, is one of the few Virginians to serve in all three branches of state government. He was a member of the General Assembly from 1988 – 2002, served as Director of the Department of Juvenile Justice under Gov. Mark Warner and is now a Circuit Court judge.

Like his forebearers before him, Jones is dedicated to ensuring his community and the Commonwealth embrace everyone, no matter who they are, where they come from or what they look like. He currently practices law in Norfolk with Protogyrou Law, PLC.

The college expects more than 1,000 students to participate in Commencement to have degrees or certificates conferred by TCC President Marcia Conston. To learn more about graduation and to sign up visit here.