TCC grad has cyber security career within her reach

“I’ve gone from nothing to something in three semesters." -- Dasha Chaney 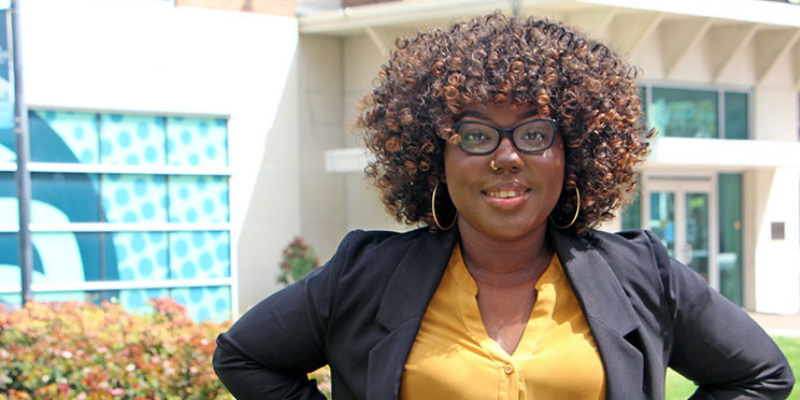 Dasha Chaney is well on her way to a career in cyber security.

And this May, she is achieving a major milestone by graduating with an Associate of Applied Science in Cyber Security.

Chaney will be a student speaker during Tidewater Community College’s Virtual Commencement to be held on May 10, celebrating her graduation and the achievement of completing her degree in just one year.

“I’ve gone from nothing to something in three semesters,” Chaney said. “I actually have the mindset for college now. I’m ready to push and meet my goals.”

Growing up, Chaney opted for Game Boy Advance instead of Barbie dolls.

“I always liked video games that were hands-on and visual. That’s what attracted me to cyber security. It’s a field that’s always advancing,” Chaney said.

The daughter of a Naval officer, Chaney said her father, Lt. Cmdr. Shelley Pulliam, has been a great influence in her life with everything technical and is an inspiration for her cyber career.

“My parents encouraged TCC early on, but I didn’t listen. I had to find my way back after a time at Old Dominion University (ODU) and a very brief enlistment in the Navy,” Chaney said.

Now Chaney’s career path is gaining clarity. She works as an Information Technology Support Services Specialist at Dollar Tree and hopes to transition to the company’s cyber team once she completes needed certifications that include Network+ and Security+.

An online learner, Chaney sends a shout-out to Joel Kirch, her favorite professor. “The community at TCC is what makes learning possible. All of my professors have been supportive and engaging,” she said.

Chaney is a member of Phi Theta Kappa and holds a 3.9 GPA. She participates in the Virginia Beach Campus Cyber Security Club. Because of the COVID-19 pandemic, the group has been meeting virtually for games and competitions. Chaney also volunteers for TCC’s Computers for Student Success, helping to refurbish computers and provide them to students in need.

She encourages students coming after her to “trust in the process and push yourself.”

Chaney added, “Never think you can’t do it, because you always can! And if it doesn’t work out the first time, get back up and try again!”