Delceno Miles with the Miles Agency will address the graduates along with Harvey Miller III who is the student speaker. 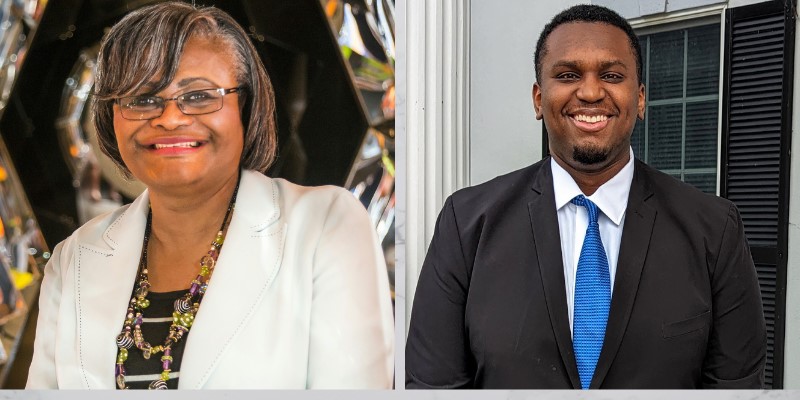 Tidewater Community College will hold its commencement exercises for Fall Semester on Monday, Dec. 19 at 4 p.m. at Chartway Arena on the campus of Old Dominion University.

The college expects more than 1,350 students to participate to have degrees or certificates conferred by TCC President Marcia Conston.

The Speaker for the Graduates is Harvey Miller III who is earning an Associate of Science in Liberal Arts. Miller found success at TCC after failing at higher education the first time around.

“I needed to fail so I had a reason to change,” says Miller, a Chesapeake resident who calls himself the Comeback Kid. “I started working at 7-Eleven, relishing the hard work and saving money to realize my dream of returning to school.”

While at TCC, Miller, 22, learned study skills and how to communicate effectively with his professors. He also found a community and says TCC may be the most diverse college in America with its military-related students and classrooms filled with students of all ages.

“I had a 76-year-old woman in my French class, as well as military veterans sharing their knowledge,” Miller said. “When you combine all of these different perspectives, you realize that you really are getting a broad education.”

Miller plans to transfer to Old Dominion University or William and Mary to study political science and English. He is considering law school and would one day like to serve in the U.S. Senate.

Her most recent opportunity to serve is as Virginia Beach City Councilwoman for the Bayside District. The city council appointed her to fill a vacancy between August 2022 and December 2022.

Miles has extensive involvement in civic and business organizations in Hampton Roads. She serves on the boards of the Hampton Roads Chamber of Commerce and Virginia Beach Vision. She served on the TCC Board and continues to serve on the college’s Educational Foundation board where she is chair.

She is on the Hampton Roads Workforce Council board and is a past chair. She was recently appointed to the Resort Advisory Commission by the Virginia Beach City Council. She continues to serve on the Beach Events Steering Committee.

The YWCA named Miles as its 2011 Woman of Distinction in Communications and “Inside Business” named her to its Power List as one of the top 75 most powerful leaders in Hampton Roads every year between 2011- 2021 and in 2022 as emeritus.

Miles earned her B.A. in Psychology from Stanford University and her M.A. in Communications from Regent University.

Commencement will be streamed live here. Learn more about commencement, or for more information call 757-822-1111.