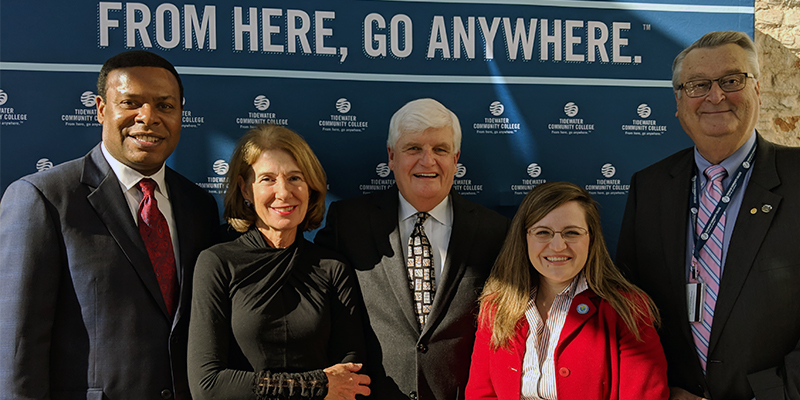 Tidewater Community College is the recipient of a  seven-figure donation to support the building of the Patricia & Douglas Perry TCC Center for Visual & Culinary Arts and Hospitality Management. 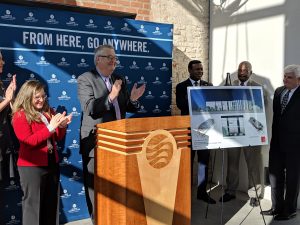 President Gregory DeCinque announced the gift from Houston “Hu” Odom, president and founder of BOTH, Inc., a franchisee of Golden Corral Restaurants, at a news conference Tuesday morning at the TCC Pat & Doug Perry Glass Wheel Studio.  In recognition of his generosity, the college will name its school of Culinary Arts and Restaurant Management for Odom.

“By creating a pipeline of skilled and trained professional restaurant managers, we are ensuring quality service in our area restaurants for years to come,” said Odom, an award-winning restaurateur, who operates 20 Golden Corrals, plus two in development, with headquarters in Virginia Beach and locations throughout four states. “Partnering with TCC makes good business sense but is also great for our community.

“Very simply, TCC’s new School of Culinary Arts and Restaurant Management is the right idea at the right place at the right time. When my wife, Evie, and I heard about TCC’s plans, we agreed we wanted to become involved to help make those plans become a reality.”

President DeCinque said, “We share a vision to see the next generation of artists, culinary specialists and hospitality managers excel in their work. This is indeed a transformative time for TCC, made possible with partnerships with the City of Norfolk, the Perrys and now our newest benefactor, Mr. Odom.”

The TCC Perry Center, slated to open in 2021, will be a 47,000-square-foot building, located on the site of the former Greyhound bus station. In addition to housing TCC’s academic programs, it will offer dual-enrollment and workforce-training opportunities for area residents.

The center will further energize the NEON District by: 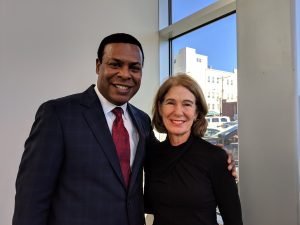 “TCC’s new Perry Center is a major economic boost to the growth and expansion of the NEON District as a destination for the arts. For that reason, I am very grateful for Mr. Odom’s support,” said Norfolk Mayor Kenneth Alexander.

Odom’s restaurants consistently hold sales and customer satisfaction rankings in the top tier of the Golden Corral system. In 2001, Golden Corral Corporation adopted his idea of Military Appreciation Night, which serves free steak dinners to all current and former service personnel while raising money for the Disabled American Veterans. Odom first implemented the idea in Hampton Roads in 1999.

Odom is also passionate about giving low-income and disadvantaged students access to education in culinary arts and restaurant management. “A significant portion of my donation to TCC will be used to endow scholarships and other programs to help ensure access to TCC’s new school for students here in Norfolk and in other local communities,” he said. 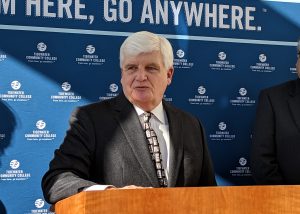 “We are delighted to be able to offer this new career training to our high school students to prepare them well for the workforce,” said Noëlle Gabriel, chair of the Norfolk School Board.

Construction of the Perry Center will be funded entirely by private donations raised through Go Further! TCC’s Campaign for a Competitive Workforce. For more information about the campaign, contact Steven Jones at smjones@tcc.edu or call 757-822-1572.

For information about the college’s visual arts, culinary arts and hospitality management programs, contact the enrollment team at enroll@tcc.edu.