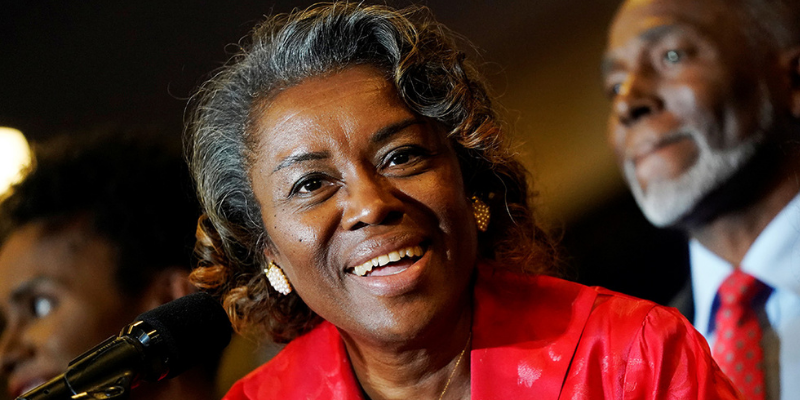 Sears is the first woman and first woman of color to serve the Commonwealth in this position. During her acceptance speech, she said, “What you’re looking at is the American dream.”

She continued by saying, “What we are going to do now is be about the business of the Commonwealth. We have things to tend to. We are going to fully fund our historically Black colleges and universities. We’re going to have safer neighborhoods, safer communities, and our children are going to get a good education.”

Sears earned an Associate of Arts in Liberal Arts from TCC in 1992 and went on to earn a bachelor’s in English from Old Dominion University and a master’s in organizational leadership from Regent University.

A mother and wife, Sears is also proud to have served in the United States Marines. She also served in the Virginia House of Delegates, has been the vice president of the Virginia State Board of Education and received presidential appointments to the US Census Bureau and the Advisory Committee on Women Veterans to the Secretary of Veterans Affairs.

Sears also built a successful business as a trained electrician and understands the importance of helping small businesses thrive. She is most proud of her community work leading a men’s prison ministry and as director of a women’s homeless shelter for The Salvation Army.

Sears joins two other Republicans who won statewide office: Glenn Youngkin will be Virginia’s next governor, and Jason Miyares will serve as attorney general.