“If not for my experience at TCC, I would not be where I am today” 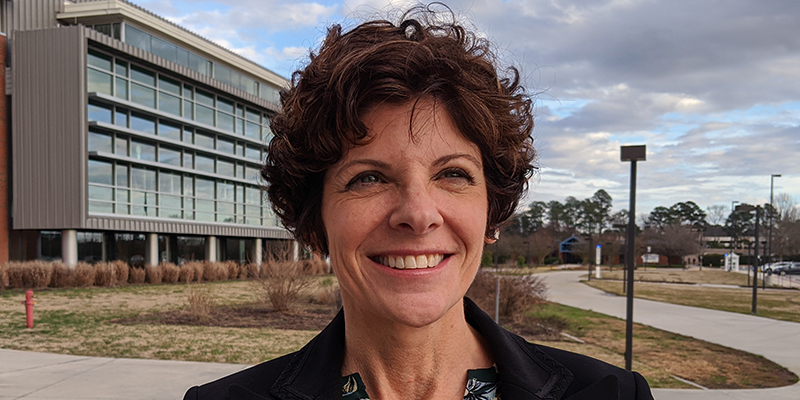 Tania Golden Beldy has always been interested in criminal justice and the law.

But after the news reported the new doll she bought for her daughter had been hacked, her attention focused on the lack of internet safety laws and how this could affect her family.

“I decided to be part of the solution when I heard consumer safety groups blowing the whistle on these new tech toys as a possible gateway to criminal behavior,” Beldy said.

“My time at TCC completely influenced my decision to pursue cybersecurity law. The courses were well-designed and offered the framework for the work I’m doing,” she said.

Beldy, 52, chose Tidewater Community College because of the positive feedback about the Cyber Security program and the knowledge and experience of the professors.

Since its inception, TCC’s network security/cybersecurity curriculum has been aligned with national standards for cybersecurity established and maintained by the National Institute for Standards and Technology and the National Security Agency (NSA).

TCC’s is designated as a National Center of Academic Excellence in Cyber Defensefor Two-Year schools by the NSA and the U.S. Department of Homeland Security.

For Beldy, her future became clear just two semesters into the program. Having already earned a bachelor’s, she realized after talking to Professor Rob Guess that a master’s in cybersecurity law was the perfect option.

A new beginning in law

Beldy was accepted into the online graduate cybersecurity law program offered through the University of Maryland Frances King Carey School of Law.

“One of the greatest assets TCC offers is their professors. Through the years, I have noticed a decline in genuine interest, access and personal support during the academic experience,” Beldy said. “This was the total opposite at TCC. I felt as though the professors were genuine and personally vested in their students’ successes.  If not for my experience at TCC, I would not be where I am today.”

Beldy, who will complete her master’s this May, works part time at a law firm while completing her capstone project that focuses on legislative advocacy and the legal loopholes that continue to leave users vulnerable.

“Today the internet is available to every person 24/7 with truly no option but to utilize it for daily life. It has become the new ‘wild west,’ where no one is safe,” Beldy said. “Like many other industries such as health care, the internet needs stricter legislation to protect us.”

Ready for a new career

Beldy hopes to work in the field of legislation and public policy with a focus on internet user protections and the responsibility of internet service providers and tech companies. She would also like to work in a corporate setting, acting as a liaison between the tech department and creative teams.

“TCC gave me the technical knowledge and empowered me to move toward a new career,” she said. “My family also provided much needed support, and it has been most rewarding to be able to prove to my children that it’s never too late.”

Beldy and husband Steven have a blended family of eight children, three dogs and a bird. In her free time, she enjoys painting, cooking and gardening.