From here, student speaker planning to aim high for next stop, Virginia Wesleyan

“TCC is a transformative school. I met so many people who come here and don’t know where to go. They leave here and become driving forces in the community.” -- Charleston Yancey 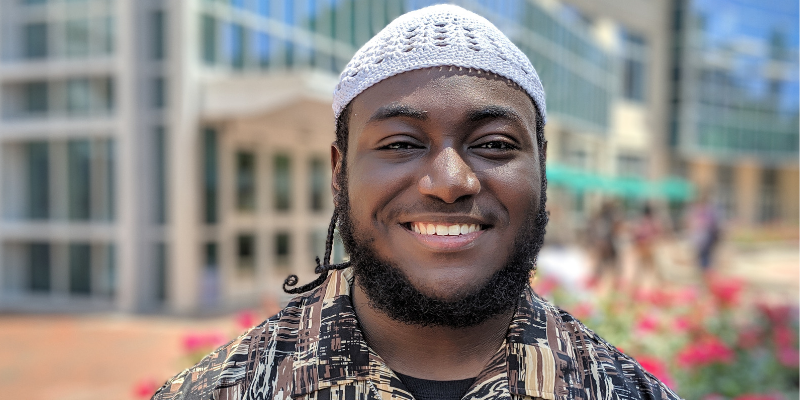 Charleston Yancey fell in love with Virginia Wesleyan University the first time he toured the campus. After graduating from Tidewater Community College on May 13, he will transfer there with junior class standing thanks to a new agreement.

Yancey, student speaker for TCC’s 68th Commencement at the Ted Constant Convocation Center, leaves with an Associate of Science in Social Sciences. The Norfolk native will be able to concentrate on coursework for his major, as all his general education requirements from TCC transfer due to the Fair Transfer Guarantee Agreement, signed in February. 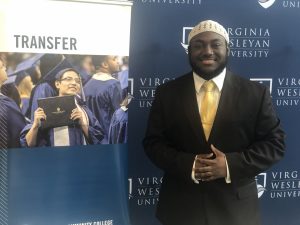 “TCC is a transformative school,” he said. “I met so many people who come here and don’t know where to go. They leave here and become driving forces in the community.”

Yancey, who holds a 3.9 GPA and served in multiple leadership positions for the Norfolk Student Government Association, said he feels well prepared for what’s ahead. The 20-year-old benefitted from the Open Door Project, which provides support services for first generation college students.

“The staff there kept me motivated,” said Yancey, admittedly passionate about all things TCC. “From the teachers who work in the building to everyone at Open Door to the people involved in student life, it’s a beautiful thing.”

The skills he learned in his student development class, which focuses on creating good study habits, laid the foundation for an accolade-filled academic year.

Nominated to the 2019 Phi Theta Kappa All-Virginia Academic Team, Yancey finished in the top 10 for the state, earning him a $500 scholarship. He was also awarded the Barnes and Noble Textbook Scholarship for Norfolk Campus.

Yancey has never been shy talking in front of others. His father, Charles, is pastor at Love of Life Assembly Yahawah’s Temple of Praise, and Charleston has spoken from the pulpet since he was 10. He developed an even deeper love of public speaking at TCC under Professor Jaclyn Randle.

“She’s the greatest teacher I ever had,” he said.

From here, he plans to pursue a doctorate in psychology and work as a counselor and motivational speaker while remaining active in ministry.

“I have dedicated my life to being one who uplifts and inspires others,” he said.  “I have vowed to use my mouth as a tool that will speak life into all those that feel lifeless. My message has been and will always be that you are worth the success that you are fighting for. I may not know each graduate personally, but I do know that everyone has a story. I want to remind them that no matter how their story began, it is the conclusion of their story that matters the most.”