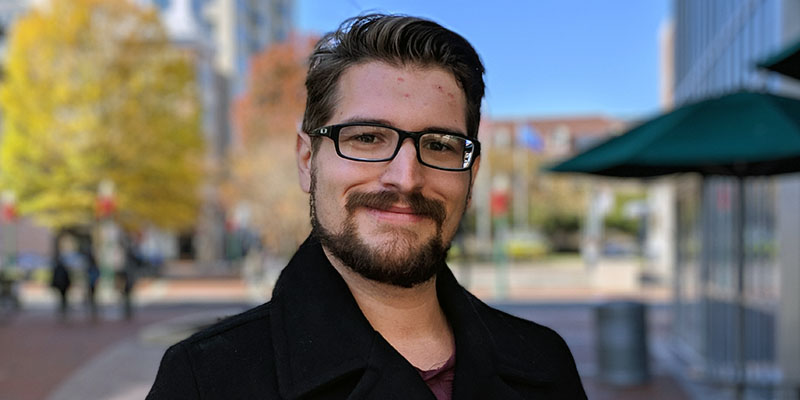 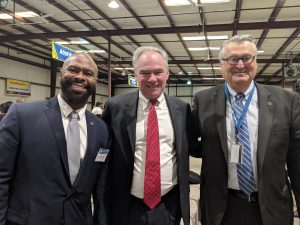 The new 20,000-square-foot academy at 3303 Airline Blvd., is one of the largest run by a community college on the East Coast and the only one of its kind in Virginia. It provides short-term workforce training for in-demand construction and maritime trades.

“We can take people with zero background in skilled trades, put them through a three-week, pre-apprenticeship program and have them employed at a major shipyard making $18 an hour directly after,” President DeCinque said. “It’s a game changer for the region and the high demand fields that will drive our economy.”

“You can’t silo education and workforce training” he said. “We’ve got to break the silos down, and community colleges are where this is happening.”

The opening of the facility coincides with a critical workforce shortage in Hampton Roads, which anticipates 68 percent more job openings in skilled trades over the next five years than workers trained to fill them. Nationwide, 31 million skilled trade jobs will be vacated by baby boomers by 2020.

Rep. Scott said the academy “will provide the kind of transformational education that can take a minimum wage worker into someone comfortable in the middle class. The academy will be working with business and workforce officials who are here today to ensure that we’re training them for jobs that actually exist.”

Chancellor DuBois noted that a plethora of jobs are available that don’t require a bachelor’s degree. Community colleges, he said, play a role in giving everyone an opportunity to pursue the American dream. 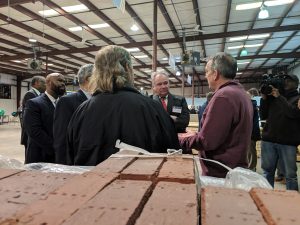 “It’s great day to be alive in the commonwealth,” he said.

Oceaneering apprentice and TCC student Alicia Krampen worked for years in the construction field before making a career change into the submarine repair industry after undergoing training at the Skilled Trades Academy.

“I am thrilled that TCC is acting on the need for trained workers in our area,” she said. “In the trades industry, we have many people ageing out and retiring and not enough young people to take their place. The new Skilled Trades Academy will only help in the rebuilding of the workforce with the skillsets especially needed to continue to grow this type of industry.”

The dedication included the announcement of a special gift from Stanley Black & Decker. The world’s largest tool company will furnish all of the tools used by the students, a $250,000 investment. The company is also giving students access to a library of instruction videos. The donation is the company’s biggest in-kind investment ever in Virginia and one of the largest nationwide. 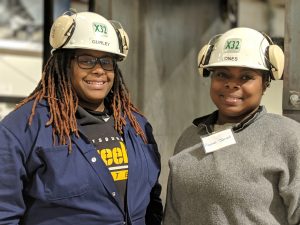 “Stanley Black & Decker is proud to support cutting-edge programs like the Tidewater Community College Skilled Trades Academy, which are critical to growing jobs, spurring new advances, and helping our communities thrive,” said Mark DeBlanc, the company’s national sales director. “We are committed to helping future tradesmen and -women gain the skills and expertise needed to secure jobs and revitalize communities.”

Since TCC began delivering apprentice-related instruction in 1973, more than 1,600 apprentices have graduated. Earlier this year, TCC and Norfolk Naval Shipyard signed a three-year contract for the college to continue the academic component of its apprenticeship program. TCC also trains the majority of Newport News Shipbuilding’s apprentices.

Mayor Rowe noted the importance of maintaining the Navy’s fleet of ships in addition to building new ones. Apprenticeship training provides that workforce. “Shipbuilding and ship repair are a great national industry for the United States,” he said. “And the region that has the greatest number of jobs for that? Hampton Roads.”

In 2017, TCC created a pre-apprenticeship trades program in Portsmouth dedicated to welding, pipefitting and marine coating. Because of increased demand, TCC outgrew the 5,000-square-foot facility, which will continue to be used for training.

To date, 277 students have completed the short-term apprenticeship training, and 98 percent of them found employment.