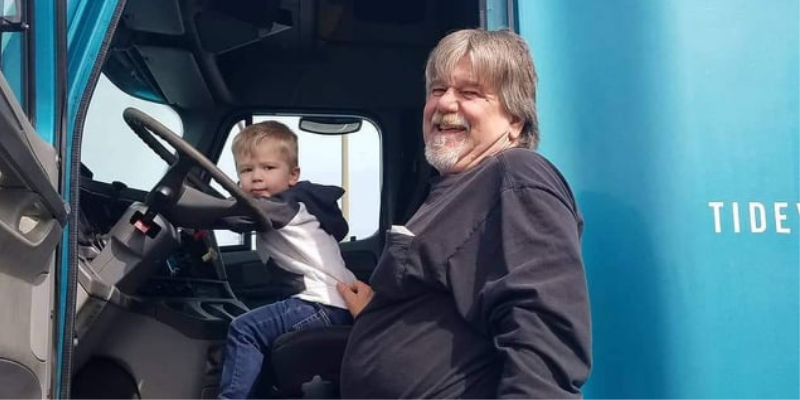 Tidewater Community College remembers one of its own.

James Tom Riffe joined TCC as a mechanic for the Truck Driver program in 2007. For four years he maintained TCC’s fleet of trucks to ensure they were road-ready for student drivers.

In 2011, he became a trucking instructor bringing decades of experience to the classroom and driver training.

Matt Woods, lead instructor and program coordinator recalls Riffe often quipping, “If we can’t train them, they can’t be trained.”

Before his passing, Riffe was asked about his time at TCC. He said he was most proud of giving students a second chance. “Some of my students had trouble with the law and had priors or were in jail. They could come to TCC and complete the trucking program and eventually earn a good living if they worked hard. I felt I could connect with them and help change their lives.”

Prior to TCC, Riffe owned and operated his own bus company, Chesapeake Northern Transportation (CNT), where he drove buses from Canada to Mexico and all the places in between. He also retired from Ford Motor Company, working at the Ford plant in Norfolk for 30 years.

Riffe lost his battle with cancer in July 2021. He leaves behind his wife Kathy and their children Jimmy and Courtney, as well as his son-in-law Daniel and grandson Mason.