TCC President Kolovani announces she will retire after six years

“My work has created a momentum for success that will not stop.” — President Kolovani 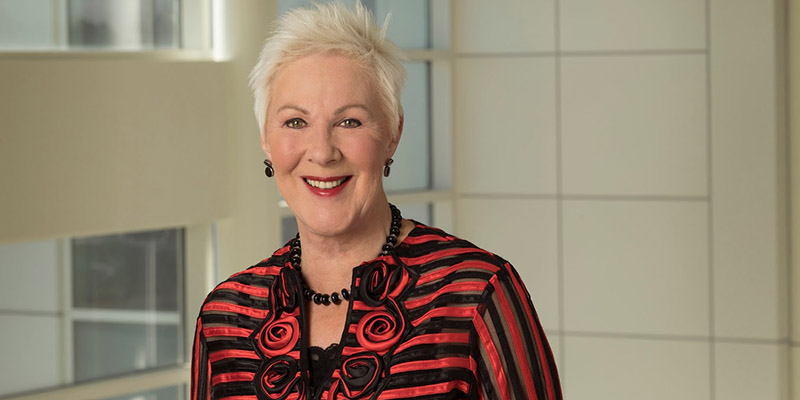 In a message sent this morning to the college’s boards, faculty and staff, President Kolovani expressed her gratitude to Glenn DuBois, chancellor of Virginia’s Community Colleges, for giving her the opportunity to lead TCC.

President Kolovani also thanked the college community and greater community. “I have been blessed by being surrounded by incredibly talented and dedicated staff and faculty,” she wrote. “I also want to thank the many business and community leaders who worked together to shape our curriculum and strategic direction.”

In a message to the college community, Chancellor DuBois said he will soon appoint an interim president and begin a national search for President Kolovani’s successor.

“Edna’s announcement today caps an impressive, 36-year career in which she has changed lives and strengthened communities everywhere she has worked,” the chancellor said in a statement. “She should be proud.”

In 2013, President Kolovani led the development of TCC’s 2013-2018 Strategic Plan, “One College, One Voice, One Future.” She said she is particularly proud that the momentum created by the strategic plan will continue, even as a new five-year plan is developed.

“We committed to aligning internal and external resources so that an already great college can become even greater,” she wrote. “The strategic plan identified three criteria for TCC to operate at its maximum effectiveness and efficiency: These are Collaboration, Dedication and Innovation.

“Today, we are at the threshold of fulfilling these promises.”

She pointed to such successes as:

“From the time I assumed the presidency of TCC in 2012, I have been committed to doing my very best for the college, the community and, in particular, the students,” she wrote.

Chancellor DuBois said in his statement, “I expect the college to continue forward with initiatives like the college’s pathway work, which will launch its first wave this summer, and other key efforts aimed at increasing enrollment, student success and completion. There is too much to gain from these priorities for them to be lost in transition.”

President Kolovani assumed the presidency just as a period of unprecedented enrollment growth, fueled by the Great Recession, was starting to ebb. Even though the cost of four-year colleges continued to skyrocket and student debt ballooned, TCC saw its enrollment drop by more than 30 percent since 2012.

“We have had to make many hard, painful decisions and sacrifices in the last three years to keep the college in good financial condition, and the turnaround in enrollments has been slow to achieve,” she wrote. “However, with the momentum created through these strategic initiatives, the enrollment decline is projected to end by 2020, and the college will be on even more solid financial ground, delivering quality services to our students and community.”

Acknowledging the enrollment decline, Chancellor DuBois said, “Enrollment is challenging TCC – a college that is too big, and much too important, for that trend to continue. We must turn it around, and I am confident that we will. By leveraging the talents of our faculty and staff, improving communications and inclusion and focusing on our mission, we will find the institutional success to which we all aspire.”

President Kolovani said that TCC’s current fundraising campaign is on solid footing and will continue uninterrupted. “After just a few months of fundraising, we have already achieved 20 percent toward our goals for program and facility expansion,” she wrote. “The college is on track to achieve full success on its major gifts campaign goal, which support our local industries.”

Chancellor DuBois agreed. “Our external partners should know that the college remains committed to the projects upon which its major gifts campaign is focused. That campaign’s strong beginning is encouraging,” he said.

President Kolovani said she and her husband, Bill, will remain in Virginia Beach. “I am looking forward to cheering and celebrating TCC officials and community leaders at the various grand openings of new facilities and new programs,” she wrote.