Alumnus-now-professor makes it his business to teach creatively 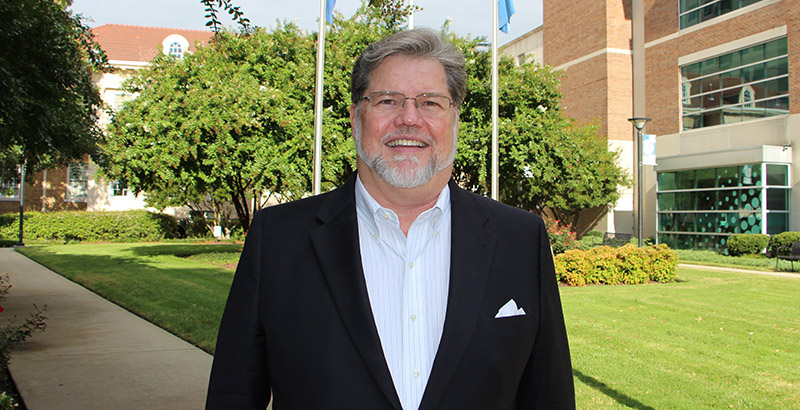 In fact, you’ve probably seen him on TV or read his thoughts in The Virginian-Pilot, where he often provides the local business perspective on breaking news.

A professor of business administration and management at Tidewater Community College, Shaw actually got his start on the original Portsmouth Campus, where he earned his Associate of Science in Business Administration in 1973.

“When I visited the new Portsmouth Campus for the first time, I realized that it’s situated on the very street where I grew up,” he said.

“I’m big on bringing in real-world examples that match up with the concepts I’m teaching,” he said. “I call it engaging the App generation. When you click on the app, you get results, and that has to happen in the learning environment, too.”
Peter Shaw: in his own words

An example of this is reviewing material for tests using the Poll Everywhere website. Shaw’s students answer questions with their smartphones, allowing them to see the results in real time.

Shaw earned his bachelor’s in business administration from Old Dominion University in 1978 and later an MBA from the College of William & Mary. He joined the faculty ranks in 1997.

His teaching philosophy is simple: The end product of any course is the student learning rather than his teaching.

Shaw said the reason he teaches is for those “a ha” moments. “When you look in the student’s eye and see the light come on, that’s the most rewarding part of the job,” he said.

Shaw, awarded the John & Suanne Roueche National Teaching Excellence Award in 2012, was named TCC’s Professor of the Year in 2011.

Community-minded, he serves on the boards of the Norfolk Sister Cities Association; College of William & Mary South Hampton Roads Chapter; and Future of Hampton Roads.

“A good professor is always a student first,” Shaw said. “I’m always learning. That really is the secret to my success.”