From around the world, across the states to TCC graduate

Paul Cage, who used his GI Bill benefits for his education, plans to launch Stylyn Creative design in Chesapeake after graduation. 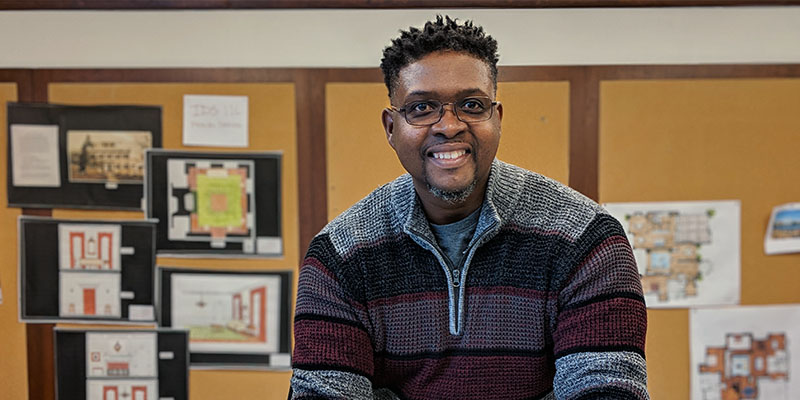 Veteran Paul Cage traveled the world during his 22-year Navy career and then transitioned to driving a tractor-trailer across all 50 states. Weary of the travel, he longed for a future where he would be at home more, and he found it by completing his associate degree at Tidewater Community College.

Now he plans to make your home more inviting as an interior designer. Cage, student speaker for the 67th Fall Commencement Exercises, graduates with an Associate of Applied Science in Interior Design and a Career Studies Certificate in Associate Designer.

“I was at a VA seminar and the rep suggested the TCC program, and at that time I thought it was just decorating,” said Cage, who also holds career studies certificates in associate designer and truck driving. “But it’s a totally different ball of wax. I was watching a lot of those house-flipping shows and they were making places functional. That’s a lot of what we do in interior design.”

Cage, who used his GI Bill® benefits for his education, plans to launch Stylyn Creative design in Chesapeake after graduation.

His degree included a seminar class that involved working with instructor Ron Austin to complete a whole house design. “That was a definite highlight for me,” he said. “I learned that it’s important to measure, measure, measure. If you’re off even an inch, that’s a big problem.” 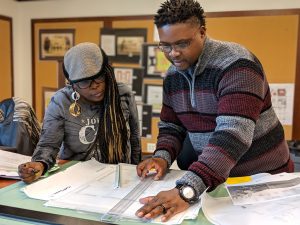 Cage works with classmate Sheila Land on her final project.

“Paul fully engaged himself as a career-changer, and added to classroom discussions and provided assistance to classmates as needed,” said Jennifer Hopkins, program head for interior design. “His leadership and professionalism were always on display.”

Cage graduates with his wife, Sherrilyn Olds-Cage. She earned an Associate of Science in Social Sciences and plans a career in social work. She is already at Old Dominion University, studying toward her bachelor’s in psychology.

“I really surprised myself being able to complete this degree after being out of school for 20 years,” Olds-Cage said. “Initially I was really stressed, but once I got my rhythm, I found I was a better student now than as a young adult.”

Both graduates agree that TCC instructors are invested in their students. “Interior Design is one big family,” Cage said. 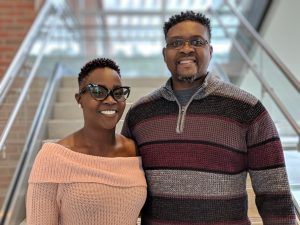 Paul and his wife, Sherrilyn Olds-Cage.

In his speech, Cage will encourage his classmates to face adversity and turn it into the fuel to motivate them. He said, “Don’t think you have to have it all figured out, but change course if need be. And always measure twice!”