Funeral service grad perseveres to realize her dream at TCC

Patrina Felts got out of her comfort zone to pursue a dream career. “It’s been an awesome experience at TCC. It’s everything I thought it would be.” 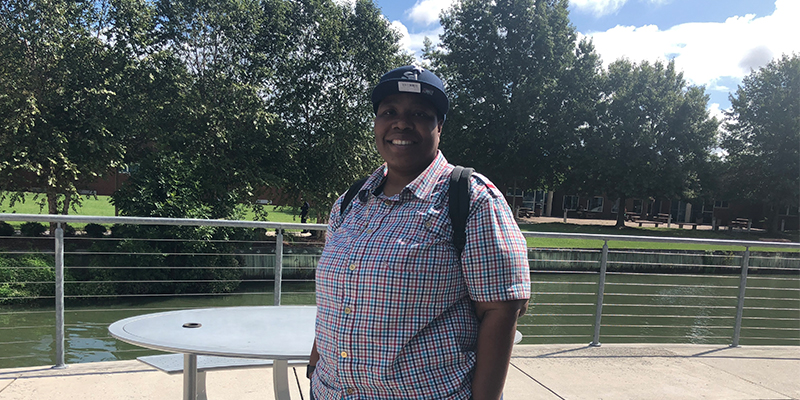 Patrina Felts wants to help you through the worst day of your life.

Felts will graduate with her Associate of Applied Science in Funeral Service at Tidewater Community College’s December commencement. She began a job this fall at Metropolitan Funeral Service in Norfolk, where she plans to begin her career as a funeral director, the culmination of a dream she’s had for years.

For most of us, death is a topic to avoid. For Felts, it’s a natural part of life. “I was raised knowing that you embrace death, welcome it. That’s why you live the best life while you’re here because dying is the one thing we’re guaranteed to do,” she said. “My mother always told me that you give people their flowers while they’re living.” 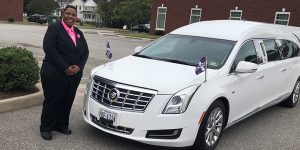 The Jersey City, N.J., native spent the years after high school as a tax advisor and was moved to the company’s headquarters in Virginia Beach. One day someone asked her what she really wanted to do with her life and Felts didn’t have an answer.

“I had spent all my life being useful to other people,” said the mother to four adopted children ages 6 to 17. “Doing taxes was great. I was comfortable. But I realized for me to get to the point where I needed to be I had to get uncomfortable again.”

TCC’s funeral service program, under the direction of Professor Frank Walton, boasts a 95 percent pass rate on the national examination.

TCC allowed her to explore a career in funeral service, a nagging calling in the back of her head since high school. Juggling her daytime tax job with nights driving for Pepsi, she added college classes to the mix. Then she failed an anatomy and physiology test and realized she needed to dedicate herself solely to education.

The decision paid off. Felts conquered anatomy and physiology, though she recalls thinking Professor Kimberly Jones wanted her to fail.

“She was tough as nails and still is,” Felts said. “Now I see what she was doing and is continuing to do. I didn’t understand it at first, but her toughness pulls the best out of us. She makes us think. She wants nothing more than for us to succeed and be great at what we do. They don’t just give you a degree at TCC. She and Professor Walton make sure we earn it.”

“Patrina sets her aims and goals high and does what is necessary in order to achieve them,” she said. “Patrina has tremendous passion and zeal and will go to great lengths to accomplish what she has decided to do. As a very conscientious student, she challenges herself to participate in activities that will not only advance her as a student, but also as a funeral service professional.”

In addition to classes, Felt immersed herself in Women Inspiring Self Empowerment (W.I.S.E.), a leadership development group sponsored by the Women’s Center. That’s where she met one of her mentors, Keysha Wilson, an African-American funeral director at Hale Funeral Home in Norfolk.  Wilson inspired Felts to apply for a scholarship awarded by the outreach organization 100 Black Women in Funeral Service.

“I would have never dreamed that I would win,” she said.

Sometimes Felts wishes she could go back a few decades and be fresh out of high school so she could directly enter a funeral service education program. But upon reflecting, she’s glad she found TCC at just the right time for her.

“My life experiences between 18 and 35 shaped the student and the person I am today,” she said. “It’s been an awesome experience at TCC. It’s everything I thought it would be.”