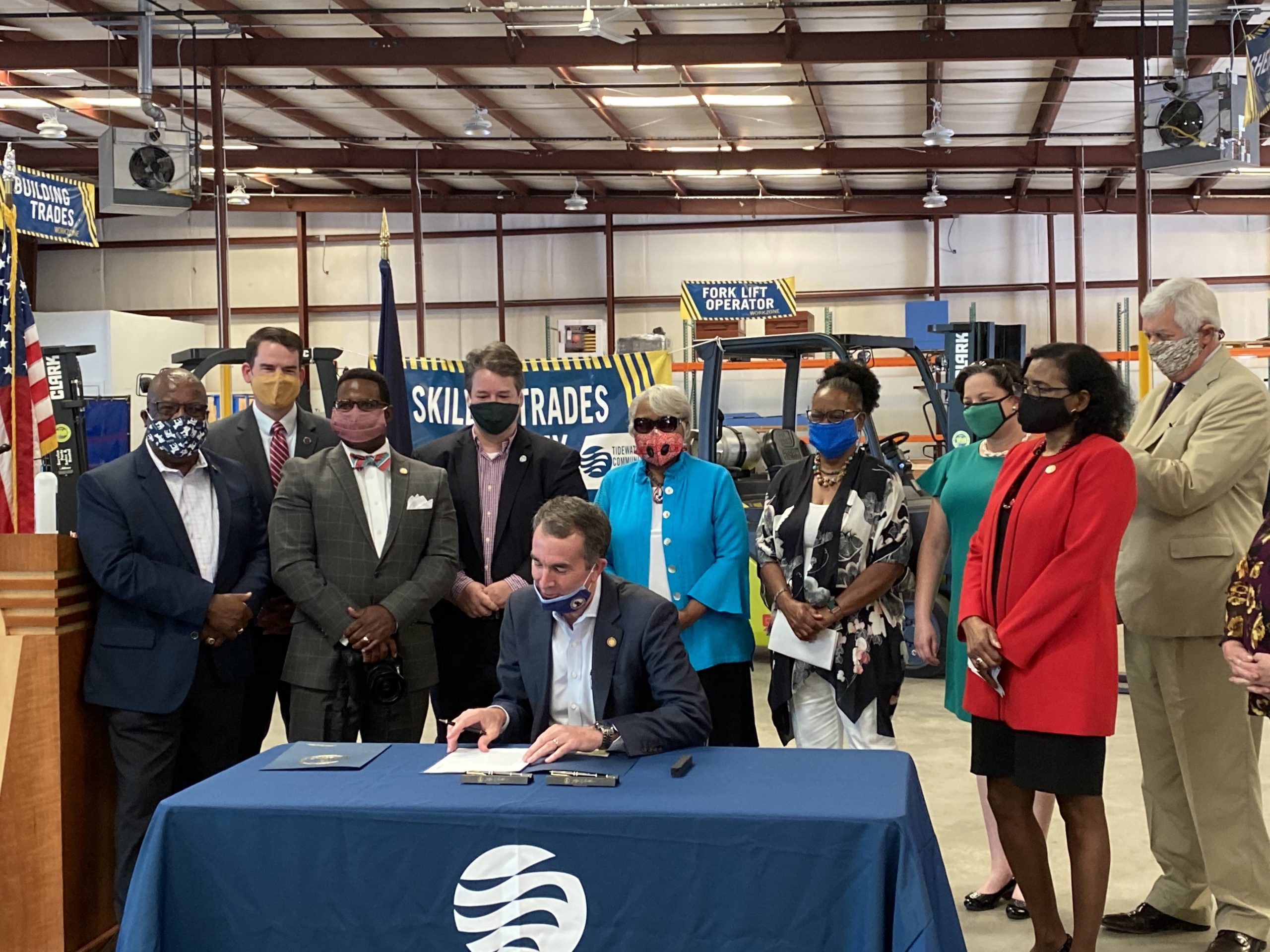 “It’s great to be back in Portsmouth,” said Northam, whose message touted the importance of workers. “When we invest in Virginians who are preparing for a job, seeking to learn a new skill for a promotion or wanting to change career paths, we’re investing in Virginia’s economy.”

The Skilled Trades Academy offers short term training in the maritime and construction industry; Northam participated in the academy’s grand opening in December 2019.

“We are truly honored you chose TCC’s Skilled Trade Academy for your event this morning,” said TCC President Marcia Conston. “We are excited you are here.”

This wasn’t Northam’s first visit to the Skilled Trades Academy, a 20,000 square-foot facility that offers short-term training in the maritime and construction industry that opened in December 2018. In May 2019, he toured the facility, met with students and signed bill HB2020, which called for Virginia’s Community Colleges to create uniform instruction for registered apprenticeships in high-demand fields.

“I remember well when I was here just a little more than a year ago,” he said.

“Virginia’s best asset is our workers,” Healy said. “We are in a little bit of an economic slump, but I know our workers and our skilled talent is really what’s going to help this economy rebound.”