Virginia Wesleyan president will be keynote for TCC’s 69th Commencement Exercises on Dec. 16 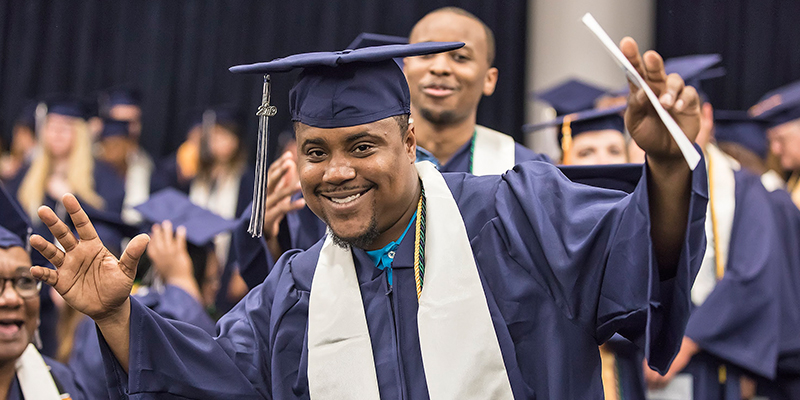 Commencement, which begins at 6 p.m., will be streamed live at tcc.edu/commencement.

Nearly 900 students will graduate from the college with either certificates or associate degrees.

President of Virginia Wesleyan since 2015, Miller has been recognized as a transformative leader among his peers. Inside Business recently included him on its Power List, which celebrates the most influential leaders in shaping Hampton Roads.

Miller oversaw Virginia Wesleyan’s transition to university status and continues to strengthen its identity among national liberal arts institutions. Last February, he joined TCC interim President Gregory DeCinque in signing the Fair Transfer Guarantee Agreement, which ensures a seamless path for those graduating from TCC and moving to Virginia Wesleyan to complete a bachelor’s degree.

Miller holds a doctorate in higher education administration from Union Institute & University in Cincinnati and an education specialist degree from Vanderbilt University. He earned a master’s from the University of Dayton and a bachelor’s from West Virginia Wesleyan College.

Lauren Lewis, 18, will be the speaker for the graduates. Lewis, who graduated from Churchland High School at 16, will be awarded her Associate of Science in Social Sciences at the ceremony. She plans to transfer to Norfolk State University’s nursing program in the spring.