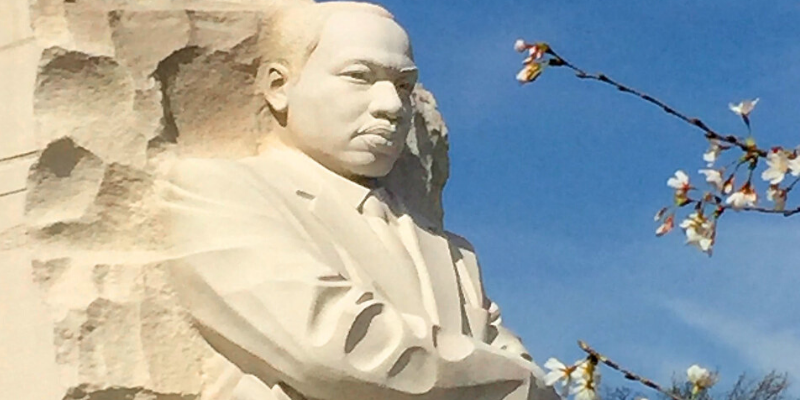 Boykins is the 2020 recipient of TCC’s Martin Luther King Jr., student scholarship, which will be presented at a ceremony presented by the Intercultural Learning Center at noon on Feb. 28 at the Portsmouth Campus Student Center.

Visiting the National Civil Rights Museum in Memphis where King was assassinated late last year moved Boykins. An unfinished cup of coffee on his nightstand inside the Lorraine Hotel and his parked vehicle out front made news footage she had watched and rewatched more personal.

“I’m no stranger to the struggle,” she said. “I lived in the era where we were not able to sit at the counter at Woolworth’s because of the color of our skin. I was one of three people who attended the seventh grade during the first years of integration. I lived through that era, but when I was at that museum, I became that era.”

Applying for the TCC scholarship was almost a calling for the human services student who offers this, “TCC literally saved my life.”

As a clerk for the Norfolk Redevelopment Housing Authority, Boykins witnessed firsthand how treatment of low-income residents with little or no education often left them frustrated. She had been in public housing herself and often felt on the other end of dispassionate treatment. It was a cycle she vowed to change through her own education.

When she applied to TCC, Boykins had been out of school for 50 years. She didn’t finish high school. Her grandparents raised her after she lost her mother at 17. She endured desperate times, surviving domestic violence and succumbing to a depression that led to chronic health problems, including diabetes.

She found assistance through the Open Door Project on the Norfolk Campus, and from here, Boykins thrived.

The federally-funded program helps students with academic performance while providing support services to keep them in school.

Pleasantly surprised by her ability to make A’s in the classroom, Boykins is finishing up her associate degree in human services and she’d eventually like to transfer to Old Dominion University to work toward a bachelor’s in social work.

“I’d like to volunteer at facilities that don’t have funds to have a social worker,” she said.

Currently, Boykins is an advocate for Chesapeake Crossing, a senior community. She advises tenants of their rights and assists with any paperwork related to Social Security, social services, fuel assistance and voting.

She was accompanying Cooper, an author of historical romance whose pen name is Sidni B, to Memphis for a book signing when she visited the Civil Rights museum. She’ll never forget it.

“The somber atmosphere and reverence I felt for Dr. King while I was there – we clicked,” she said. “When I learned about this scholarship, I had no choice but to apply.

“I will use this money to better educate myself in helping people with their life situations.”