Her first geology class was at TCC. Now licensed in the field, alumna a shareholder in her company

Michelle Wharton went from TCC to the Dean's List at Old Dominion to Kimley-Horn in Virginia Beach. 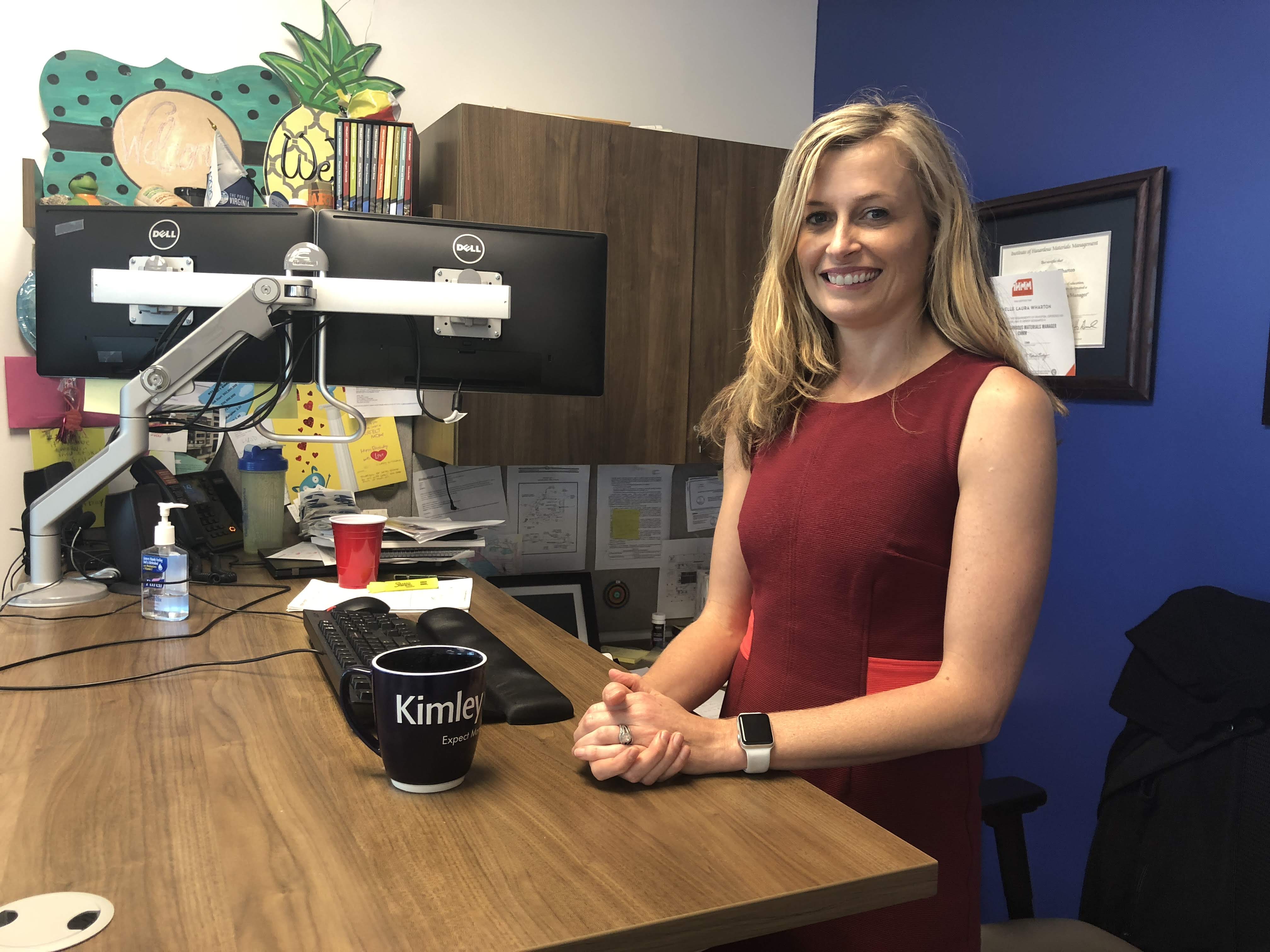 The high achiever from Great Bridge High School didn’t have a plan after graduation. Her parents pushed the military, but Wharton rejected that idea in favor of working while putting herself through college.

TCC made sense on multiple fronts. It was affordable, and class size was small. She didn’t want to feel swallowed by attending a large university as a freshman.

“It was a wonderful fit,” Wharton said.  “The campus was nice, the professors were great. It’s a good transition if you’re not sure what you want to do. Even if you do know, it’s a good place.”

Wharton first considered business, then environmental engineering and finally decided on environmental science. She took her first geology class at TCC and from there, she was hooked on the STEM field where jobs are plentiful.

“It’s a visual science, and as a visual learner, I found geology fascinating,” she said.

Wharton worked two jobs – balancing being a secretary at a local construction firm with taking pizza orders at Papa Johns – to pay for her schooling. Her final year, she was a bartender in Virginia Beach who juggled evening work with morning classes. Grants from TCC helped, too.

“I was focused, so I made it work,” she said. “I always had to work hard for my grades, but the professors helped. They were available. I remember meeting teachers in the city library after business hours.”

Wharton earned her Associate of Science in Science, a transfer degree that allowed her to enter Old Dominion University as a junior. A few years later, she earned her bachelor’s in science with a focus on geology.

“I was very much prepared for ODU,” she said. “I was on the Dean’s List. The transfer process was easy. I was employed immediately after graduation.”

A hidden benefit of going to school locally: Her professors are nearby for any on-the-job question that arises.

“Having local connections helps,” she said.

A year and change after her first job as an environmental scientist, Wharton was hired at Kimley-Horn in Virginia Beach, one of the nation’s premier environmental planning and design consulting firms. She was thrilled to later become a shareholder – a crowning moment for her and an emotional one for her parents.

One of her new projects involves shoreline work connected to the TCC Real Estate Foundation, which is developing College Point in northern Suffolk.

Wharton is an advocate for TCC, noting, “Don’t overthink it. It takes commitment and accountability. If you want it, you can do it.”