Norcom High graduate Markeil Blow is loving life as a junior at GW after all her classes from TCC transferred. 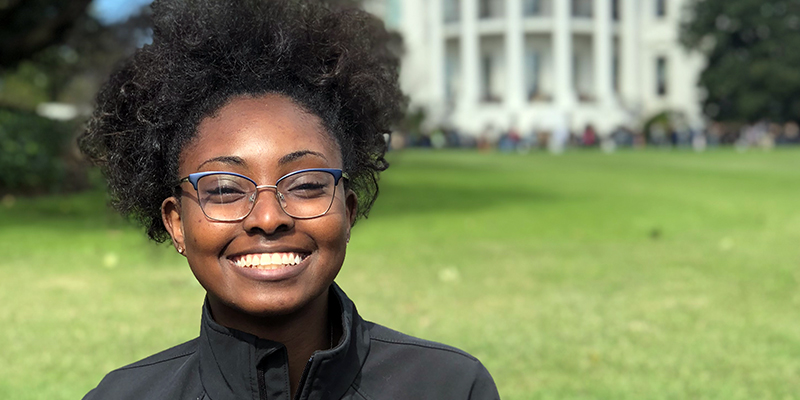 A week into her dream school, Markeil Blow realized she wasn’t ready to be there.

The Norcom High graduate missed home. She didn’t want to commit to the rigorous ROTC regimen for four years – and it was that scholarship that made attending George Washington University affordable in the first place.

Tidewater Community College was a solution that made sense academically and financially. Blow had already done well at TCC as part of the First College program. Plus it was an economical alternative that would allow her to save for her final two years of college.

Now the TCC graduate is back at GW, better equipped to handle living away from home. She has a financial plan in place to pay for the rest of college, and all of her credits from TCC transferred seamlessly.

“So I was able to start at GW as a junior,” she said. “I used to see the billboards when I was little and when I was in high school and they’d say, ‘TCC to anywhere,’ and I’d think, ‘You mean anywhere in Virginia.’ Now that I’m here, I realize they really do mean anywhere.”

Blow moved back home after that first week in Washington and stayed on track thanks to enrolling in TCC’s 12-week classes.

Early on, she struggled with the idea that she had given up on GW without giving it a chance. 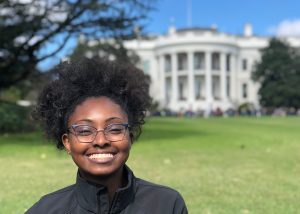 “Being on campus at TCC and getting to know other students and really getting into my classes changed my attitude quickly,” Blow said. “I took technical writing at the Beach Campus, and the class was so small. I felt like I could have a personal connection with everybody and make new relationships. These people didn’t know my past – didn’t know I had dropped out, so to speak.”

Initially, Blow planned to complete just one semester at TCC. “I put in applications at Old Dominion and William & Mary, but First College had given me such a head start, that I could do one more semester and be two years ahead.”

Blow’s second semester at TCC was especially challenging, given a Calculus II class that forced her to work directly with her professor and seek out help at the Learning Assistance Center.

“I had always been afraid to go to tutoring,” she said. “Now I’m in tutoring every day.”

Blow graduated from TCC in May with a 4.0 GPA and an Associate of Science with a Specialization in Computer Science.

The ceremony at the Ted Constant Convocation Center was special, she said.

“It felt really nice,” she said. “In high school, I graduated outside and all the other high schools graduated in the Ted. So it was nice to get that chance to walk in there.”

Blow, working on her bachelor’s in computer science, anticipates going for her master’s along with a doctorate in history and making a career in software design. She’s happy with how everything played out.

“I honestly wouldn’t trade going to TCC for anything,” she said. “I made some of my best friends there. It’s been a blessing.”