The creation of these centers will help address the critical need for trained workers in the maritime industry. 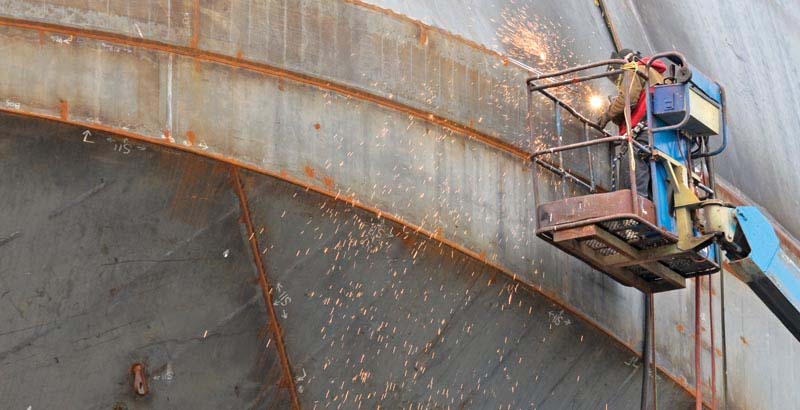 With support from its Congressional delegation, Tidewater Community College will pursue designation as a Domestic Maritime Center of Excellence, the college announced today.

The creation of these centers, which will help address the critical need for trained workers in the maritime industry, was approved as part of the National Defense Authorization Act (NDAA) for Fiscal Year 2018.

Now, the Department of Transportation and the Maritime Administration must establish an application and selection process, which may take months. As one of a handful of colleges meeting the statutory qualifications for becoming a Center of Excellence, TCC has already been actively engaged, President Edna V. Baehre-Kolovani said.

“We will be at the table as this process unfolds,” she said. “In the meanwhile, TCC will keep moving forward with expansion and promotion of maritime workforce education.”

Virginia’s two senators and representatives of Hampton Roads in Congress wrote to Secretary of Transportation Elaine Chao on Feb. 13 in support of TCC’s designation.

“Serving the fifth largest port in North American and the largest Naval Base in the world, TCC has a longstanding history of meeting the maritime workforce needs in the Hampton Roads region,” they wrote.

They also pointed to the Southeast Maritime and Transportation (SMART) Center, based at TCC, and the college’s partnerships with local, regional and national shipbuilding and ship repair companies, such as Huntington Ingalls Newport News Shipbuilding, AMSEC and BAE Systems.

“For these reasons, we request you give full and fair consideration to designate Tidewater Community College a Domestic Maritime Center of Excellence, as we believe it is uniquely capable of helping secure our nation’s talent pipeline for the domestic maritime industry,” the letter states.

“I am grateful for their support,” Kolovani said, noting that the Virginia General Assembly passed a resolution during its current session recognizing TCC on its 50th anniversary and for its qualifications to become a Domestic Maritime Center of Excellence.

She said that Norfolk Naval Shipyard in Portsmouth recently awarded the college a new three-year contract to continue providing the academic component of the shipyard’s apprenticeship program, again demonstrating that the maritime industry recognizes TCC’s expertise in maritime education.