Marcia Conston announced as next president of Tidewater Community College

Conston will assume the role at the beginning of 2020. 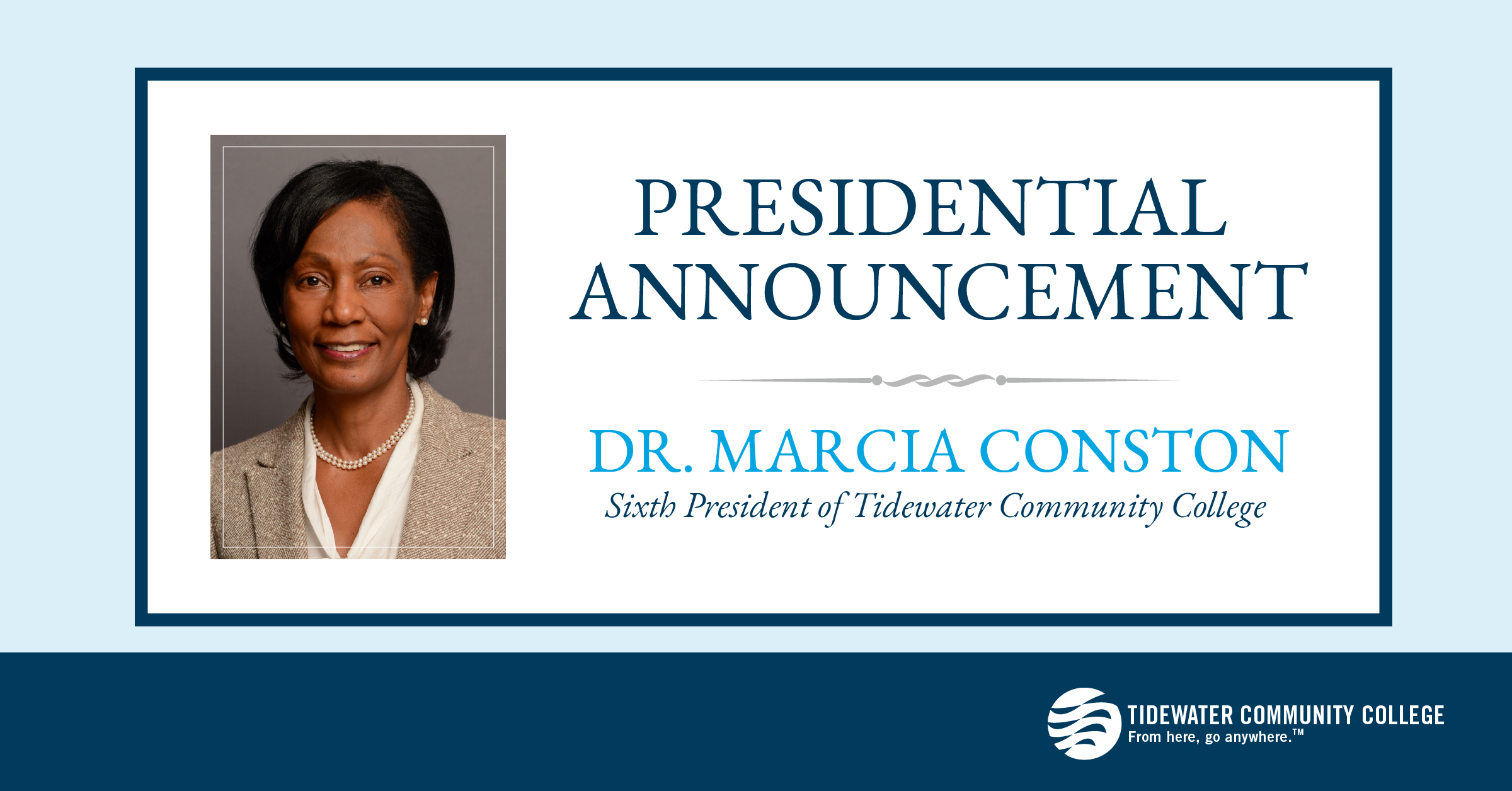 Glenn DuBois, chancellor of Virginia’s Community Colleges, announced Tuesday that Marcia Conston, currently of Charlotte, North Carolina, will become the next president of Tidewater Community College. She will assume the role at the beginning of 2020.

“Marcia Conston is an impressive higher education leader who has delivered results in many of the categories TCC is focused on improving, including enrollment management, student retention and marketing,” DuBois said. “I believe she will be a good fit for the college and the Hampton Roads community and I look forward to seeing what TCC can accomplish under her leadership.”

“We are excited to welcome Dr. Marcia Conston as the sixth President of Tidewater Community College,” said Terri Thompson, chair of the TCC Board. “Dr. Conston’s vast experience in student success and cultivating community partnerships will prove invaluable addressing the educational and economic challenges facing our region. We look forward to a seamless transition and I am proud to be a part of this historic selection.”

Conston has worked in higher education for more than 30 years. She began her career as the director of Institutional Research at Jackson State University in Mississippi in 1987.

Conston has also taught throughout her career, serving as a part-time associate professor at Benedict College in 1995-96, and as an adjunct instructor at Wingate University for two years beginning in 2012. As an evaluator for the Southern Association of Colleges and Schools (SACS), Conston has evaluated 14 institutions for reaccreditation, including two Virginia community colleges.

She holds bachelor’s and master’s degrees from Jackson State University; a master’s degree from Hood Theological Seminary in Salisbury, North Carolina; and a doctorate from the University of Southern Mississippi.

“I am humbled and honored to be selected as the next president of Tidewater Community College and look forward to using my experiences to help students achieve their full potential,” Conston said. “I am grateful for the opportunity to work with the esteemed TCC faculty and staff, as well as, engage with educational, business and industry partners. I am thankful to the Board for this opportunity.”

Conston’s selection ends a national search that attracted 80 applicants. She will become the college’s sixth permanent president, and will succeed Gregory T. DeCinque, who has served as the college’s interim president since July, 2018.

As a part of Virginia’s Community College System, TCC serves the 1.1 million residents of the South Hampton Roads area with four fully comprehensive campuses and five regional centers. As the second largest community college in Virginia, TCC enrolls more than 32,000 students. Founded in 1968, the college is the largest provider of higher education and workforce development training and services in the region.