From here, they didn’t just get degrees. They also got married

Five years after a chance meeting at a bench on the Virginia Beach Campus, two TCC graduates are spending their first Valentine’s Day as husband and wife. 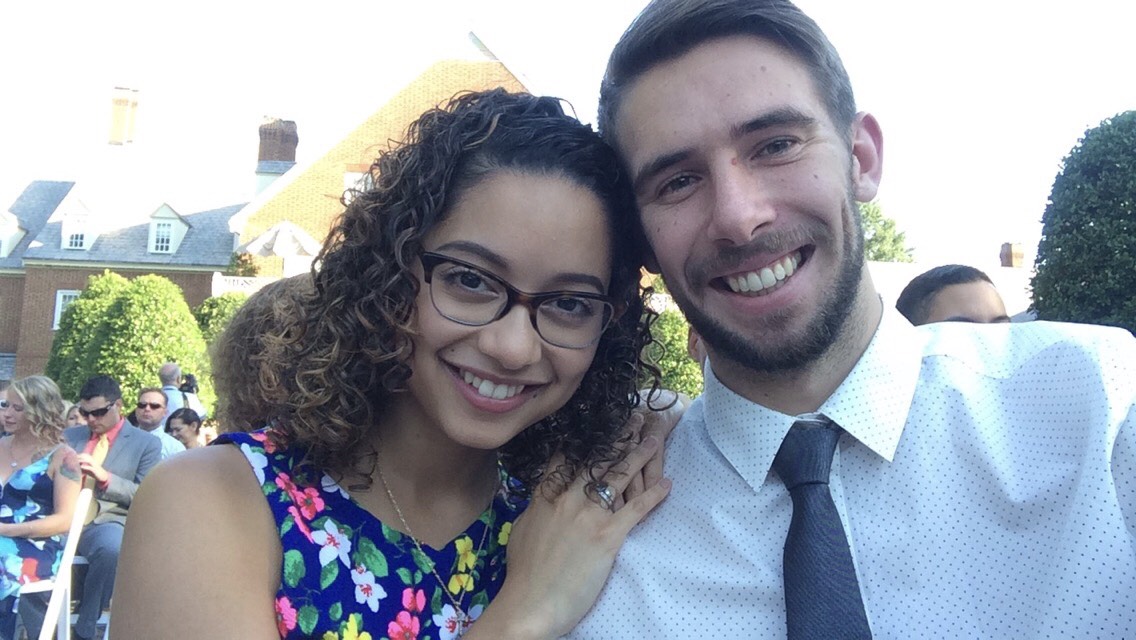 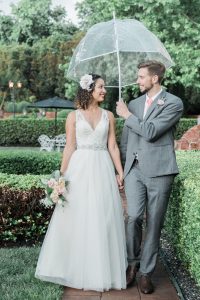 What started as a chance meeting at a bench on the Virginia Beach Campus blossomed into a May wedding for two Tidewater Community College graduates now living happily ever after in Australia.

Logan Meredith and Brody Jose are spending their first Valentine’s Day as husband and wife five years after chatting outside the Blackwater Building prior to their shared class with Professor Christy Hewett.

“Aren’t you in my pre-calculus class?” are the first words Meredith asked somewhat awkwardly of her future hubby.

When Brody confirmed he was, Meredith recognized his Australian accent immediately. That impressed him and set off a conversation. Soon enough, Cupid struck.

“There’s not a passing day that I don’t think about that moment,” Meredith said from her new home in Wollongong, a coastal city just south of Sydney. “We both felt the same about each other every step of the way.”

The 2012 Salem High School grad decided on TCC to allow herself to complete her general education requirements while figuring out a career path. With an eye on transferring to VCU, Meredith earned her Associate of Science in Business Administration in May 2015.

“What I love about TCC is that for me it was a graceful transition in college, and I was able to take classes without having to worry about what I wanted to do in life,” said Meredith, who finished her bachelor’s in international management at VCU last May. “By the time I went to VCU, I was older and more mature and could carefully pick my concentration. With the partnerships that TCC has with other universities, I’m surprised more students don’t choose TCC.” 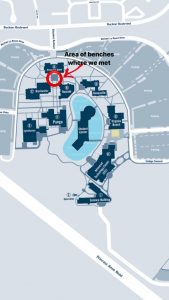 The Navy brought Jose’s family to Norfolk and he enrolled in TCC to prepare for a future in law enforcement. While he credits Meredith the most for making his time at the college so special, he also fell in love with the college’s criminal justice program.

“The thing I was most impressed with and still talk about now was the quality of the professors,” said Jose, who graduated with an Associate of Applied Science in Criminal Justice. “I had Professor Noor Razzaq for a couple of classes, and it became abundantly clear that he has a passion for teaching. I have never taken so much away from a class before.”

Jose is preparing to join the New South Wales Police Force. Meredith, adjusting to the transition of living 10,000 miles away from home, hopes to eventually own a nail salon.

The couple, who also share a commitment to the beach, swing dancing and walks together, married May 27, 2017 in Richmond.

“TCC is the place where I met my wife,” Jose said. “So it will always hold a special place in my heart.”

As for Valentine’s Day, “No special plans,” Meredith said. “We celebrate our love all year long.”