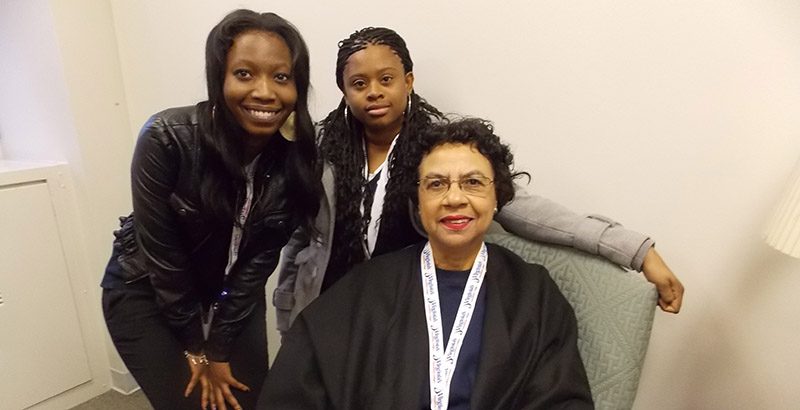 LaVonne Parker Ellis, the former chair of the Tidewater Community College Board, died last week at the age of 76.

Appointed to the college board in June 2004, Ms. Ellis served two four-year terms and held various leadership positions at TCC. In addition to being chair from 2011-12, she was vice chair and a member of the Advocacy & Advancement Committee and the Resource Development Committee. Ms. Ellis retired from the faculty of TCC in 2001 after 27 years of teaching.

In 2012, she was appointed to the State Board of Community Colleges and served a four-year term. 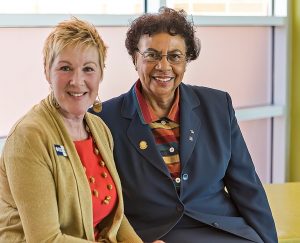 “LaVonne will be missed by everyone in the TCC community,” said President Edna V. Baehre-Kolovani. “She was chair of our college board when I was hired and among the first to welcome me here. Her longtime support of TCC has been instrumental in its growth. My sincere condolences to her family.”

Ms. Ellis played a critical role in advising and guiding TCC through a period of unprecedented enrollment growth, program expansion and community outreach. The college established the LaVonne P. Ellis Scholarship, given annually to a Chesapeake high school graduate, in her honor.

In recognition of her exemplary service, Ms. Ellis was awarded an honorary resolution from TCC on June 26, 2012.

“LaVonne Ellis was among the cohort of teaching faculty who helped build Tidewater Community College from the ground up,” said Deborah M. DiCroce, TCC president emerita. “She believed in education as the greater equalizer — and understood the power of community colleges to democratize American higher education for the greater public good. LaVonne also understood the critical role that community colleges have long played as the first line of defense to ensuring a well-trained, competitive workforce.  In her retirement, she went on to chair TCC’s local board and serve on the State Board for Community Colleges. By any measure, TCC is a better place for her service.”

The resolution lauded Ms. Ellis for her considerable business and community expertise in relation to the advancement of TCC in matters of curriculum, personnel and finances.

“LaVonne Ellis was a true supporter and friend of Virginia’s Community Colleges. She served our mission throughout her life as a career instructor, local and statewide board member and later as a noted philanthropist. Ms. Ellis forever saw the best in our students and encouraged our best in service to them. She will be sorely missed,” said Glenn DuBois, chancellor of Virginia’s Community Colleges.

Ms. Ellis taught administrative support technology courses at TCC from 1974 until 1996. She chaired the Student Development Committee and held multiple leadership and club advisory positions on the Chesapeake and Virginia Beach campuses.

John D. Padgett, a member of the college board, noted, “LaVonne Ellis was committed to making a difference. She understood the role education plays in improving lives and communities. LaVonne will be missed.”

Prior to joining the faculty at TCC, Ms. Ellis, a native of Chesapeake, taught at Norcom, Cradock and Wilson high schools in Portsmouth.

Ms. Ellis earned her master’s in educational administration & supervision from Old Dominion University in 1970. She attained her bachelor’s in business education from Hampton Institute, now Hampton University, in 1964.