After Jordan McNair’s passing, his classmates continued to restore his project car, spending their own time and money to buy parts and complete the project. 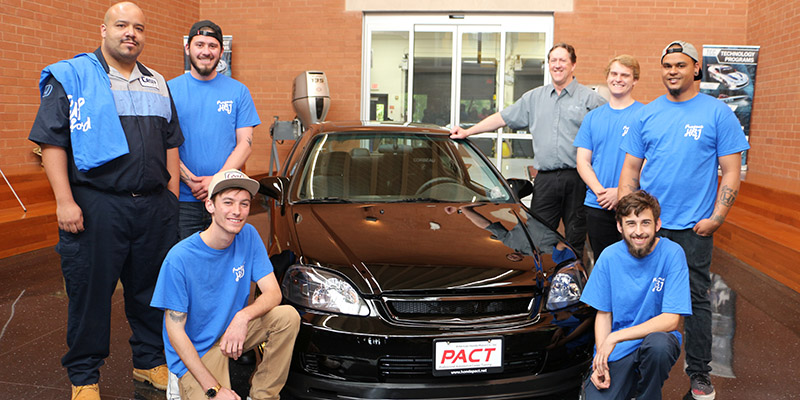 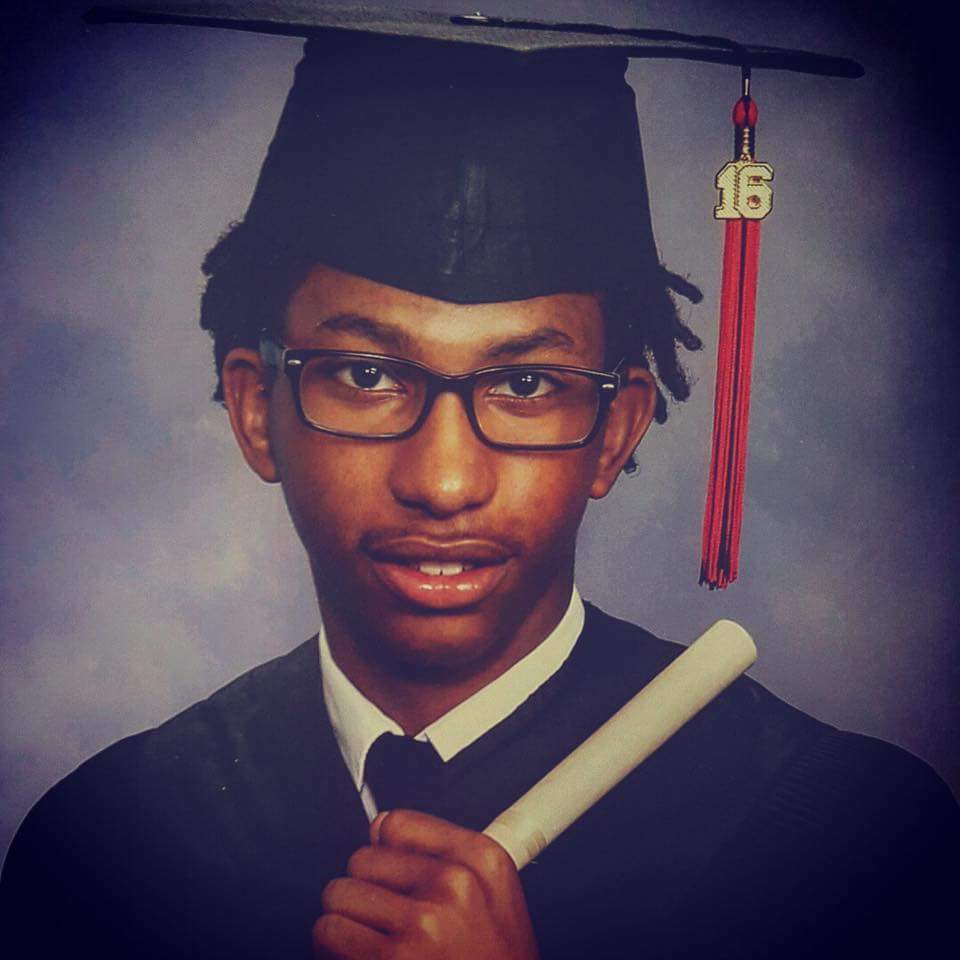 His parents, Dexter McNair and Paula Borchert, accepted his certificate following a standing ovation from his classmates. 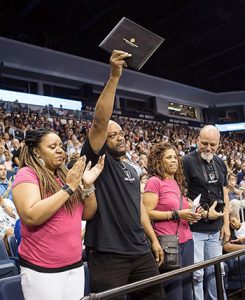 Before his death, McNair and his classmates were working to restore his project car, a 2000 Honda Civic, which was flooded during Hurricane Matthew. The group worked nights and weekends, gaining hands-on skills as they fixed the car.

They started by swapping the engine and turning the car from an automatic transmission to a manual one. From there, they worked on systems including the brakes, air bags, fuel lines, the suspension and some wiring issues related to the flood damage.

“Jordan found his passion when he enrolled at TCC. It was the happiest and most focused I’d ever seen him,” Borchert said. “He and his classmates were full speed ahead working diligently at our home – rain – cold – it didn’t matter. They were determined to get his car going.”

After McNair’s passing, his classmates continued to restore the project car, spending their own time and money to buy parts and complete the project.

“This car represents his evolution – like Jordan it was a diamond in the rough,” said classmate Dominique Martin.

“We decided to finish the car for his family, as a reminder of his life’s passion. It was a little rough to keep going in the beginning, but doing this was a help, too,” added classmate Demetrio Gallegos. 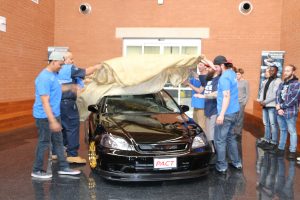 The restored Honda is unveiled to family and friends at the college’s Regional Automotive Center.

“For me working on the car was a learning experience. Jordan and I were teammates, doing the lab work together in class. It felt right for me to be there to help see this project through,” added Damien Rose.

Honda PACT instructor David Lee has been part of the project, providing his time and expertise to the work. “This was Jordan’s calling,” he said. “You could really see his focus intensify once he started working at Priority Honda. I’m really proud of how we all came together for this family.”

Priority Automotive’s announcement of the Jordan McNair Memorial Honda PACT scholarship through the TCC Educational Foundation was a surprise at commencement. The $12,000 scholarship will cover half the cost of tuition for two students in the Honda PACT program for two years.

“Jordan would be doing backflips if he could see the car now,” Borchert said. “Our family will be eternally grateful for the sacrifice and love shown by his classmates and instructors.”

Dexter McNair added, “One of his favorite sayings was ‘run it.’ And I know with this car, he would be saying it’s time; let’s ‘run it.’”