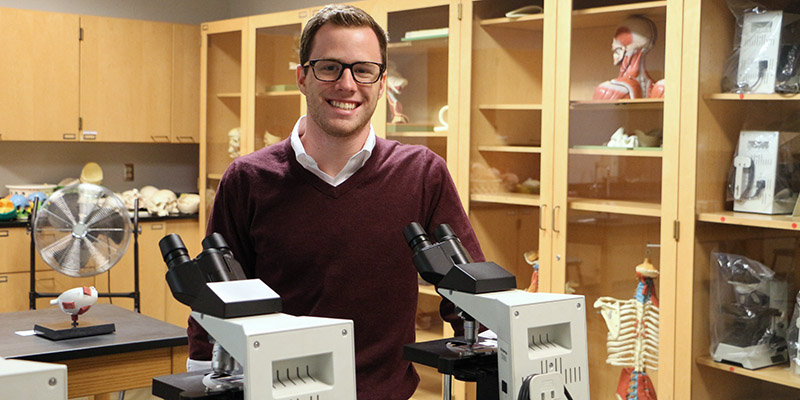 May 8, 2018 | Laura J. Sanford, lsanford@tcc.edu
After graduating from TCC, Sellers plans to pursue a bachelor’s in exercise science at Virginia Tech.

Jay Sellers is the first Tidewater Community College student to earn his associate degree from the Norfolk Campus while still in high school.

This May, Sellers, 17, will earn his Associate of Science in General Studies, enabling him to enter a four-year university as a junior. He hopes to be a Hokie at Virginia Tech by spring 2019.

“I needed more challenging classes and wanted to start working on college credits early,” Sellers said. “It feels great to be ahead of the game.”

Sellers will receive the Governor’s Medallion awarded to those who complete associate degrees by taking part in a dual enrollment program where they earn four semesters of college credit while in high school.

While at TCC, Sellers became friends with classmates who were often a decade older than he was. “It felt kind of strange starting college so young, but it was definitely the right choice for me,” he said.

“I was always accepted and included in study groups. We spent free time together, too, going to the movies and just hanging out.” 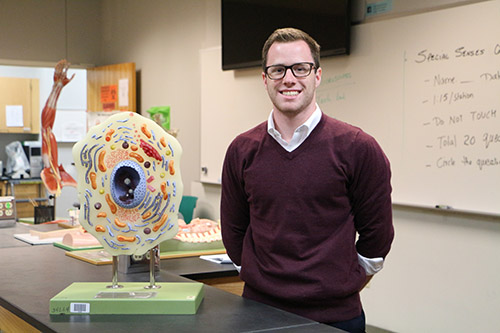 While at TCC, Sellers discovered a love for science through early morning biology lectures with instructor Grace Murray. His older sister, Kiley, was in class with him.

“Jay’s calm, amicable, dedicated, and curious nature shines through and lends to his academic success,” said Murray “This blend of traits will certainly extend beyond college and allow him to achieve greatness throughout all avenues of his life.”

Sellers plans to pursue a bachelor’s in exercise science at Virginia Tech. He would like to give athletes and others who have lost mobility the chance to live life to the fullest. He hopes to earn a master’s in biomedical engineering and design prosthetics.

Sellers competes in triathlons and is a lifeguard with the City of Norfolk, working at the beach and the Norfolk Fitness and Wellness Center. He is currently training for a Kinetic Half Ironman triathlon that will take place this May.

TCC has been a family affair with Kiley also earning an Associate of Science in General Studies and now working toward a bachelor’s in speech pathology at Old Dominion University. Another sister, Emma, is four classes away from earning her associate degree in general studies.

“One thing I’ve learned is that it’s good to have a daily routine. Use a planner and don’t wait until the last minute to get things done,” Jay Sellers said. “With determination, you really can go anywhere from here.”