A whole building dedicated to art? Photographer finds his time at the VAC illuminating

Jason Stick's exhibit “Night Shift” is on display at the Charles Taylor Visual Arts Center in Hampton through Oct. 7. His classwork at the VAC laid the foundation for his work. 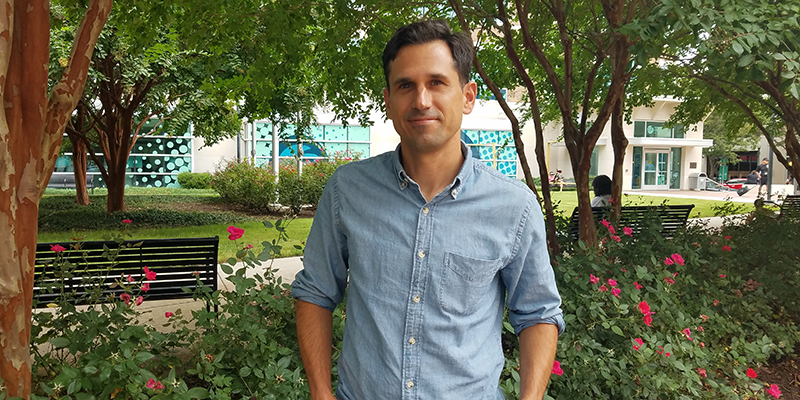 Jason Stick went from snapping photos of friends snowboarding to becoming an award-winning photographer thanks to the foundation he got at Tidewater Community College’s Visual Arts Center (VAC). Today the Kellam High School graduate is known for his ability to capture simple, everyday scenes highlighting the most minute of details.

Manipulating darkness and light in an effort to reduce visual noise is the backdrop for his series “Night Shift,” on display at the Charles Taylor Visual Arts Center in Hampton through Oct. 7.

He initially walked through the doors of the VAC to add to his marketing degree from James Madison University by learning more about graphic design. He immersed himself in a plethora of classes, but gravitated toward learning more about photography under the direction of Professor Tom Siegmund.

“Everything else I did prior to the VAC was dabbling,” Stick said. “I didn’t have the patience to learn about the camera and all the different things you could do with it.”

Stick didn’t expect dropping into the VAC’s upstairs library to be a transformational experience, either. That’s where he stumbled upon Robert Frank’s book “The Americans,” full of images from the iconic photographer taken in quintessential America in the 1950s.

“I had no idea this was such a famous book,” he said. “When I paged through it, I was totally hooked. That helped set my course for my love affair with photography.” 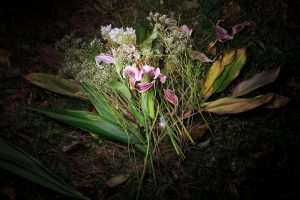 Stick’s “Night Shift” series turns the mundane into magic. He uses simple props ranging from a plastic deer to a garden shovel to a plot of flowers and illuminates them via flashlight to reveal nuances that most of us would miss. The idea emerged after he was in something of a creative rut and hauled his tripod outside one night to spark his imagination.

“Carving out subjects from darkness is appealing,” he said. “The unimportant details fade away and you notice things along the edges where the light falls off.”

The series took Best in Show at last year’s Virginia Artists Juried Exhibition, leading to the current exhibition in Hampton. Previously, his “Night Shift” images were exhibited at the Virginia Museum of Contemporary Art satellite gallery in Virginia Beach.

Another project titled “In Between,” focuses on all those everyday moments we often overlook in the rush to get from here to there.

Stick, who by day works in communications at the Capital Group, hopes to teach one day and plans to keep exploring photography. He’s looking forward to the VAC’s move to the NEON District in Norfolk, as it will cut down on travel time from Virginia Beach if he takes additional classes.

“What I found at TCC was a whole building dedicated to art,” he said. “And for someone like me, that’s pretty cool.”