Computer-savvy alum at work for IBM

“I encourage people I meet to start at a community college before transferring into a four-year school. Financially and otherwise, I’m in a way better position because of TCC.” — Hezroy Hammil 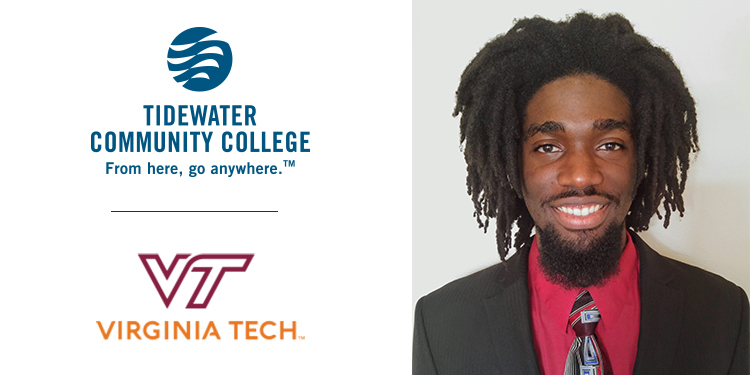 Hezroy Hammil identifies as a Virginia Tech Hokie thanks to starting at Tidewater Community College.

Now he’s putting his education to work at IBM’s Client Innovation Center. Hammil develops and tests cloud applications for the government. His work is on the leading edge of the field and involves automation using mirco-services to build dynamic applications.

“The coursework at Tech was immensely difficult, but TCC prepared me well for the higher level work,” he said. 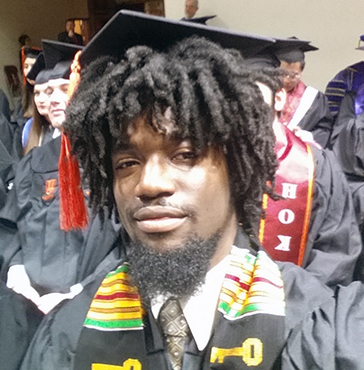 Hammil graduated from Virginia Tech in May 2017.

Hammil graduated with his bachelor’s in computer engineering and a minor in cyber security from Tech in May 2017. He spent his first two years at TCC earning an Associate of Science in Science with a Specialization in Computer Science.

“What I remember most about college is graduating from Tech with my bachelor’s,” he said. “It was that pinnacle moment when I’d finally accomplished what I started.

“The journey was not easy. But I kept my eyes on my goals and now I’m where I want to be.”

While at TCC, Hammil jumped into college life at the Chesapeake Campus becoming a Student Government Association senator, and a year later, president of the group. “I got involved and realized right away that I had a passion for serving and giving back,” he said. “I also enjoyed advocating for the student body during a time when the new buildings were under construction.”

He and other student volunteers had an active voice in planning for the Chesapeake Campus Student Center. Hammil also served as chapter president of Phi Theta Kappa, the honor society for two-year schools. He was also member of the Computer Club, Bible Club and Student African American Brotherhood.

“TCC laid the foundation for me to be doing what I have always wanted to do. The experiences I gained there propelled me to take on the next steps,” he said.

Hammil hopes to one day own his own computer business and be his own boss.

“I encourage people I meet to start at a community college before transferring into a four-year school,” he said. “Financially and otherwise, I’m in a way better position because of TCC.”