“Going to TCC was one of the best decisions I made. When I went to TCC, over those two years, I learned so much. I felt like I had an advantage by the time I got to a university." — Grace Richardson, graphic and multimedia design alumna 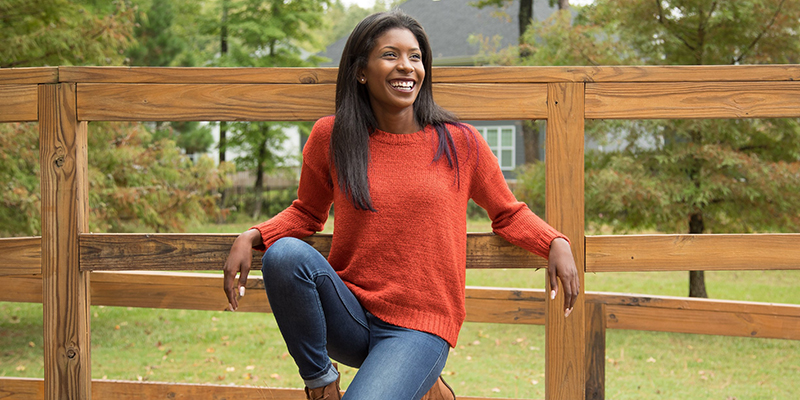 June 11, 2018 | Vicki L. Friedman, vfriedman@tcc.edu
Richardson graduated from TCC in December 2017 with an Associate of Applied Science in Graphic Design with a Specialization in Multimedia.

At Salem High, Grace Richardson was the PowerPoint queen.

But she didn’t consider a career in interactive design until sitting in a class at Tidewater Community College’s Visual Arts Center.

“Now I know what I want to do with my future,” said Richardson, in the midst of a summer internship with the digital mobile app team at PNC Bank in Pittsburgh. “Going to TCC was one of the best decisions I made. When I went to TCC, over those two years, I learned so much. I felt like I had an advantage by the time I got to a university. TCC was a really good foundation.”

Richardson graduated in December 2017 with an Associate of Applied Science in Graphic Design with a Specialization in Multimedia. She transferred into Old Dominion University’s five-year bachelor of fine arts program.

At Salem, Richardson embraced creating PowerPoints. She was choosy about typography choice and often added animation and color. However, she never linked that passion to a career in graphic arts, initially starting at TCC as a business major.

After a year, she discovered the offerings at the VAC, starting with a history class that gave her the “why” behind many of the most significant works of arts. She also took computer graphics, which introduced her to Adobe Creative Suite. It was her first experience using software to design.

The grade motivated Richardson even more, and now she cringes at that early work. When she took her second computer graphics class under instructor Heather Boone, she realized where the holes were in her those initial assignments.

“She pushes you,” Richardson said. “I learned to pay much more attention to detail and to understand why I was creating what I was creating.”

Prior to taking her first interactive design class, Richardson could not have explained what an interactive designer does. Now she’s immersed in the science of the field; her internship focuses on user interface as it relates to the bank’s mobile app.

“Honestly I feel like I have an edge because of the foundation from TCC,” she said. 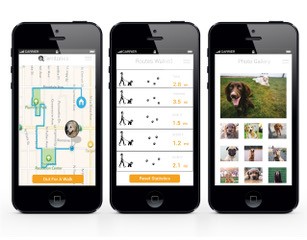 In a final portfolio, Richardson combined her best work, which was then evaluated by professional graphic designers. Among her favorite pieces: a Woof Weather app created in memory of her beagle hound, Bob Boy.

She designed an app that tells dog owners the best time of day to walk their dogs given weather conditions and includes a Facebook component allowing owners to create accounts for their animals and upload pictures. The interactive app connects dog walkers with others in their neighborhood who might also be walking their dogs at the same time and calculates mileage.

“I used icons so it could be understood by people speaking any language,” she said.

Richardson’s long-term goal is to be an art director. She recommends the TCC multimedia major to anyone with an interest in visual and graphic design. She found particular value in the general education requirements, noting, “You never know where your inspiration will come from. You have to pull from everywhere.”

Richardson is also thankful that C did not discourage her. “I put my work side by side with what I did then and what I do now,” she said. “It’s amazing how much I’ve grown as a designer. To be good at anything, you have constantly practice your skills and see what’s in and what’s out. That’s what I’m trying to do now.”