“I want people to see you don’t have to be defined by your past; you can really make a difference and you absolutely need to be your own superhero.“ -- Athena Jones 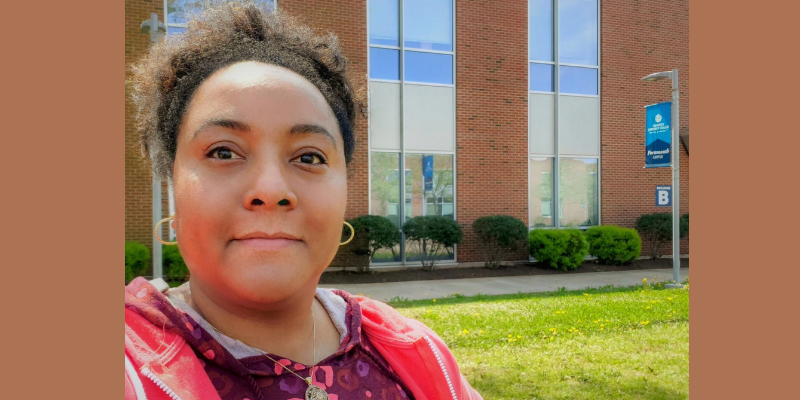 Athena Jones will share a message of hope and encouragement as a student speaker during Tidewater Community College’s Virtual Commencement to be held on May 10.

“You don’t have to be defined by who you were before TCC. It’s really that simple,” Jones said.

Jones had to leave a four-year college to care for a family member and was discouraged and unsure of her future.

“Leaving school left me with a load of student debt and I felt uncertain of my future. I didn’t know what God had in store for me,” Jones said.

“I never imagined that I’d be on Capitol Hill fighting for the rights of home healthcare workers and working people across the U.S. It was surreal,” she said.

Fast forward several years. Jones continues to work as a home healthcare worker and advocate, but she is now also a graduate of TCC, earning an Associate of Science in Social Sciences with a 4.0 GPA.

“In the midst of my advocacy work, I knew I needed to go back to school,” Jones said. “TCC was a perfect fit. I received needed support and my professors were deeply invested in my success.”

Jones credits her friend Sam Foor with getting her involved in campus life by joining the Anime Club. As her campus life grew, she joined the Garden Club; Student Government Association; Mu Alpha Theta, the math honor society; the Inter-Club Council and Phi Theta Kappa, the honor society for two-year schools.

“TCC was a place where I found a community of amazing people and lifetime of friends.” Jones said.

Jones will continue her studies at Old Dominion University where she will pursue a bachelor’s in political science with a minor in psychology. She is also considering law school.

“Before TCC, I was a ‘C’ student and had college debt. Now, I have no college debt and I’m graduating from TCC with a perfect GPA,” Jones added.

“I want people to see you don’t have to be defined by your past; you can really make a difference and you absolutely need to be your own superhero.“