From here to Hollywood

TCC Professor David Wright, along with students Erica Church and Kierra Brothers, will appear on "The Kelly Clarkson Show" on Jan. 16 at 5 p.m. (Fox WVBT). 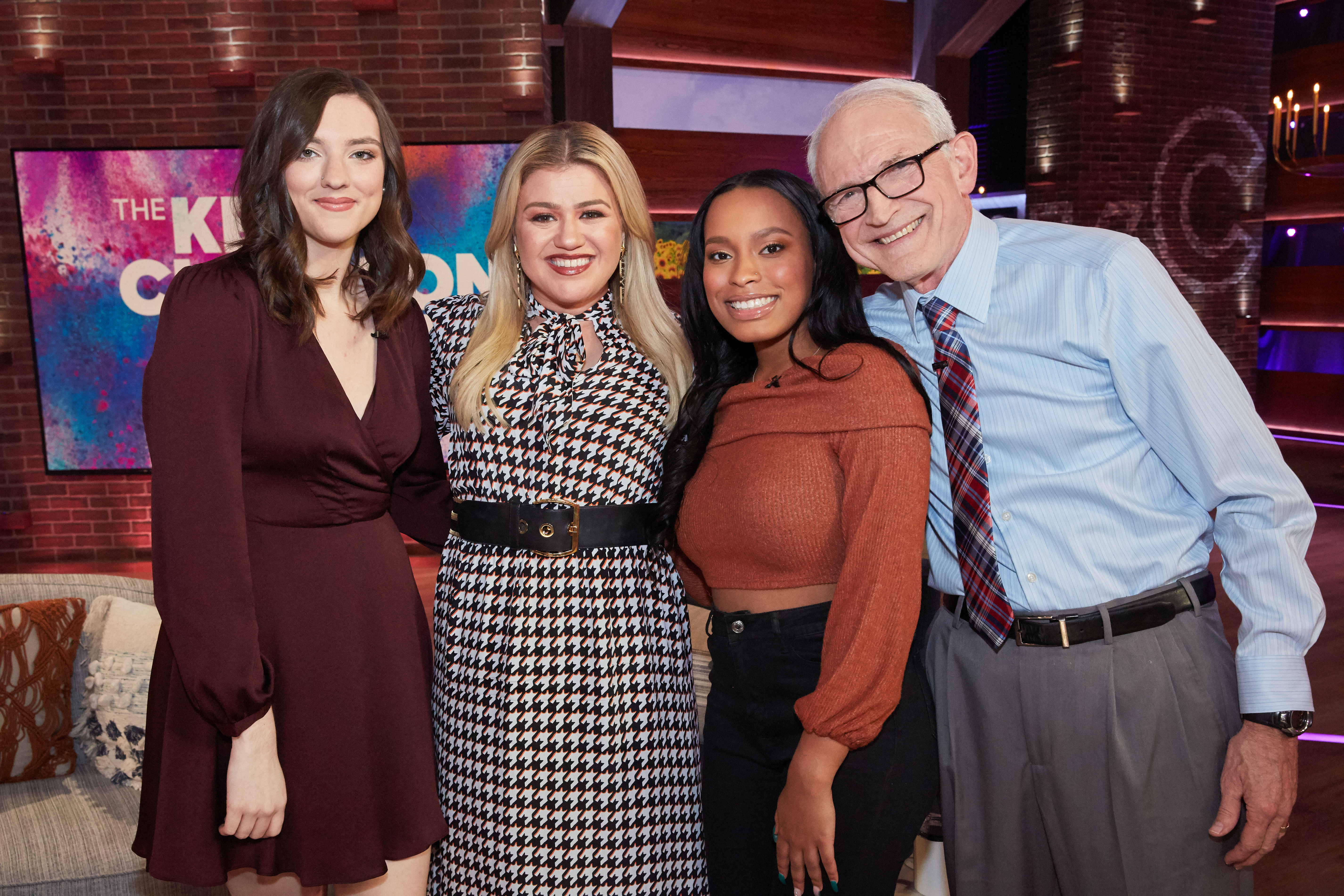 Posing with Snoop Dogg’s star on the Hollywood Walk of Fame?

Sitting alongside singer-songwriter Kelly Clarkson on her very own talk show?

That’s another boxed checked for Tidewater Community College students Erica Church and Kierra Brothers, who went all the way from here to Hollywood for a special appearance on “The Kelly Clarkson Show.”

“Surreal,” is how 18-year-old Church describes the two-day whirlwind she experienced in Los Angles along with her classmate Kierra Brothers and the college’s professor-gone-viral, David Wright.

Last month Church and Brothers collaborated on what was initially meant to be a fun tweet among their peers — essentially a highlight reel of the engaging way Wright connects physics concepts to his students. The Tabb High School graduate expected a few dozen likes and shares. Instead, the tweet went viral, attracting more than 27 million viewers, all bonkers about watching the longtime TCC professor lie on a bed of nails and jump up and down on a pogo stick in an attempt to make science relatable.

Wright and the students made national headlines in Yahoo, People magazine, NPR Education and Good Morning America, to name just a few.

Then came the call from “The Kelly Clarkson Show.”

“That was so unexpected,” said Brothers, 19, a Salem High graduate.

Church, Brothers, and Wright flew to Los Angeles the week before Christmas to tape a segment on the syndicated talk show. That spot will air at 5 p.m. on Jan. 16 on Fox WVBT.

Church had never been aboard a plane prior to flying from Newport News to Charlotte, North Carolina, to LAX, Los Angeles. Wright and Brothers kept her calm throughout; a chauffeur from Universal Studios greeted them at the airport.

“We were both excited about seeing Snoop Dogg’s star,” Brothers said.

They were stuffed after a visit to the famed Southern California soul food chain, Roscoe’s House of Chicken & Waffles.

By 8:30 p.m. PT, Church and Brothers were exhausted. Not Wright.

“He went out for a doughnut!” Church said.

When their driver pulled up to Stage 4 on the Universal Studios lot the next morning, Church and Brothers said they felt as if they were in a movie. A stop in the green room for a few nibbles from a fruit and cheese tray was followed by an escort taking them to individual dressing rooms. Their names were on the door.

“They pampered us so much,” Church said.

While their clothes were being steamed, Church and Brothers had their hair and makeup done, chatted with the producers and finally got to meet Clarkson herself.

“She was so sweet,” Brothers agreed.

Tune in to see exactly how the show played out. As for Brothers and Church, they’re back at TCC for spring classes to complete their certificate in Phlebotomy with plans to apply to the Digital Medical Sonography program this spring.

It’s been a memorable few weeks, said Church, whose only regret is, “We’re sad not to have Dr. Wright anymore.”