Were you a student at TCC’s Frederick Campus in North Suffolk between 1968 and 2010? If so, we are looking for you! 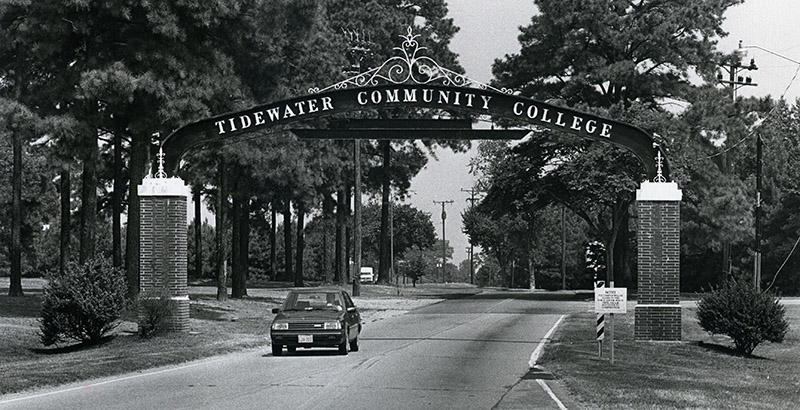 Were you a student at Tidewater Community College’s Frederick Campus in North Suffolk between 1968 and 2010? If so, we are looking for you!

The Beazley Building on TCC’s founding campus – later renamed the Portsmouth Campus – will be demolished this fall. The building hasn’t been used for instruction since the opening of the Fred W. Beazley Portsmouth Campus in the City of Portsmouth in 2010.

The TCC Real Estate and Educational foundations will host a “Frederick Campus Farewell” for alumni and friends on Saturday, Oct. 7, from 9 to 11 a.m. at the site, which is at the end of College Drive off I-664 in Suffolk. The event is free and open to the public, and alumni are especially welcome.

Before this part of TCC’s nearly 50-year history is gone, the college wants to gather memories, stories, classroom reminiscences and photographs from some of the thousands of students who came through those doors.

Here are a few things to jog your memory:

If you have memories or scanned photographs to share, visit www.tcc.edu/frederickcampus and complete the form.

If your photographs are not digitized, we will scan and return them. Instructions are on the form.

Photo courtesy of The Virginian Pilot