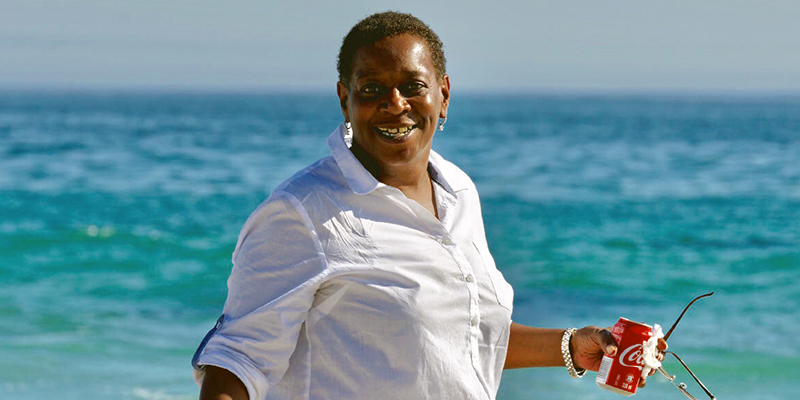 “She always had someone from TCC for me to meet whenever I came home,” said her son, Claudius, an attorney in Atlanta. “My mother was very, very loving and caring to her detriment. She’d overextend herself sometimes. That’s just how she was.”

“Her legacy lives on through the many people she inspired,” said her colleague and good friend, April Campbell, also an English professor. “Her charismatic teaching methods made students feel comfortable and accepted, and many students have praised her for being available and approachable.”

Claudius Wood, who lost his father at 10, credits his mother for seeing him through his early years. He called her a disciplinarian who never raised her voice. Instead, she altered her inflection to take control of the situation, he said.

“When she said it, you understood it,” he said. “She had to guide us into manhood and adulthood. That’s super hard for a woman to do.”

Nita Wood was also a mother to sons Ernest Wood III and DeMarcus Wood and a daughter Keva Hayes. She had one granddaughter Chiyah Wood-Majors and a grandson, Claudius D. Wood II. Nita Wood was a Booker T. Washington graduate who matriculated at Norfolk State University.

Her lesson of treating people the way you want to be treated is reminiscent of many of King’s teachings.

“She would say if you mistreat people, you can’t go back and change it,” Claudius said.

Michelle Woodhouse, provost of the Portsmouth Campus where Wood taught, remembers her friend fondly. “Nita Wood truly lived and exemplified the teachings of Dr. Martin Luther King Jr.,” she said.  “She believed and fought for equality not only for her children but for her students as well. When I think of Dr. King’s famous quote – ‘I have a dream that my four little children will one day live in a nation where they will not be judged by the color of their skin, but by the content of their character,’ – I think of Nita, a mother of four who stressed to her children and the students she taught the importance of education and how vital character is in defining who they ultimately become. I have personally witnessed Nita’s passion as evidenced by her consistent backing of campus activities which aided in student retention and success efforts.”

The Chesapeake resident died of cardiac arrest on Labor Day. Claudius Wood, who recently became a father, said losing his mother is the hardest part of his life. He will accept the award on her behalf on Feb. 28 at a ceremony on the Portsmouth Campus. Hayes will also be in attendance.

“My mother lost her mother when she was 7,” he said. “She would always say you can’t sit down when you lose someone; you’ve got to keep moving. We’re trying to do the same thing.”