From TCC to UVa to William & Mary Law 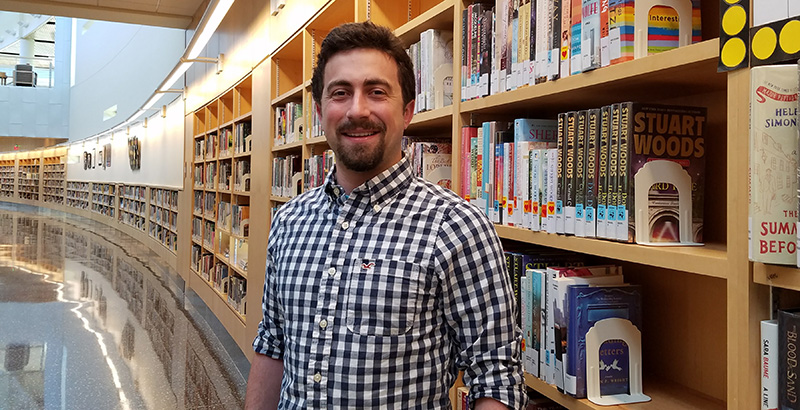 Eli Kaplan didn’t have a direction when he started at Tidewater Community College.

Now he’s a graduate of the University of Virginia and a second-year law student at the College of William & Mary. It all started with the Associate of Science in Science he earned from TCC in 2013.

“There’s no doubt that TCC was my launch pad,” said Kaplan who credits biology Professor D’Wayne Tupper with inspiring him to dream big. “Dr. Tupper had a lot of energy and enthusiasm, and it was contagious. He worked really hard to help me get into UVa after TCC.”

Kaplan admitted he didn’t have the grades, maturity or focus for UVa right out of high school. He found all of that and more at TCC.

“Academically TCC was very different from high school. When I started it was difficult to see the end game and to maintain motivation and work ethic,” Kaplan said. “I learned to set goals, work hard and plan for the long term.”

Kaplan said TCC was a good choice for him financially, enabling him to work and pay tuition each semester. “When money is tight, there’s no better option than TCC. It was affordable and close to home,” he said.

After TCC, Kaplan spent a year traveling and living in Colorado where he developed an interest in investing. He decided to continue his education and set his sights on UVa. Thanks to his 3.5 GPA and his TCC degree, the transfer process was seamless.

At UVa, Kaplan studied economics and statistics. He enjoyed the challenge of the academics and the pastoral feel of the campus and surrounding area. He also learned about the lifestyle of those working in finance. “It is 120-hour work weeks and someone else raising your kids. I wasn’t interested in making those sacrifices when solidifying my career path.”

Instead, he decided on law and was accepted to the prestigious Marshall–Wythe School of Law at William & Mary last fall.

In his second year, Kaplan is confident he made the right choice. He’s juggling two legal externships this summer, commuting regularly between Washington, D.C. and Richmond.

“I can see myself practicing law for years and being challenged by it,” he said. “So much goes into it to be able to form an argument, while anticipating your opponent’s argument.”

Kaplan’s focus is finance-related law. His goal is to help people one-on-one address financial issues. “I’m going to be able to help people more than I could have focusing on balance sheets and corporate reports,” Kaplan said. “Work hard and keep your goals in mind, that’s been my driving factor for success.”