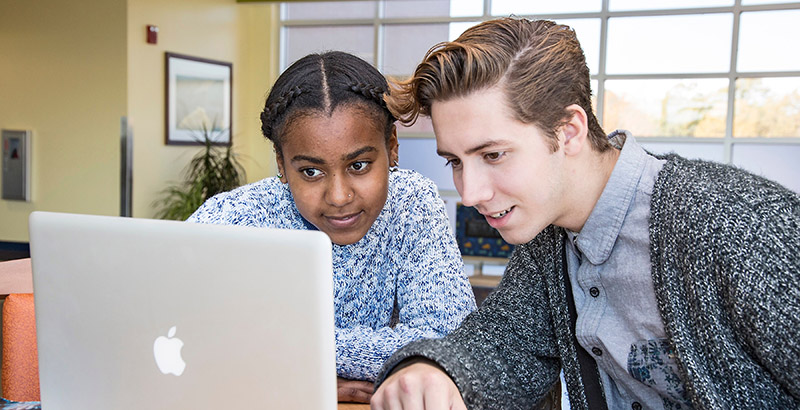 We all know how fast eight weeks can fly. Imagine getting three credits out of the way by completing an eight-week class at Tidewater Community College.

It’s not too late to sign up for fall. Register for TCC’s second eight-week session that runs from Oct. 18 until Dec. 15. You must register by Oct. 19.

Professor Judy Gill, who teaches numerous eight-week math classes, noted, “There are certain two-class sequences that can be completed in one semester by taking them in two eight-week sessions.”

Imagine getting that material out of the way in 16 weeks rather than 32. Work ethic is important, Gill said, as the same material that would be covered in a full semester is covered in just two months.

Tia Faircloth, earning her Associate of Applied Science in Information Systems Technology with a concentration in cyber security, works full time in addition to taking both eight- and 12-week classes.

“The class hours are a bit longer, but they are fewer than 16 weeks to complete, which allows me to take more courses throughout the semester. That means I’m able to graduate sooner than expected,” she said. “You also have the option to take one or two classes at a time as opposed to three or four 16-week classes all at once.”

Faircloth considers herself a quick learner, but added that her classmates in the condensed-week classes tend to be more engaged. It helps, she added, “If you like a fast-paced environment and are self-disciplined.”

Liam Murphy, who works full time at Norfolk Naval Shipyard, was reticent about taking on the workload initially.

“I found those courses to be no more difficult than any other courses that I have taken, whether they were on-campus or online,” said Murphy, who is finishing his Associate of Science in Engineering before transferring to Old Dominion University. “I don’t know that taking a shortened course had any appreciable effect on my studies as a whole. It did offer me the ability to focus on a few more difficult courses in any given semester, knowing I didn’t have to cram five or six courses into each semester. Spreading out the overall workload helps me a lot.”

If you need help registering for classes, contact the TCC Enrollment Team at 757-822-1111 or enroll@tcc.edu.