Three of a kind

One loves the arts, another computers and the third has an eye on the Navy. All of them found their fit at one college: TCC. 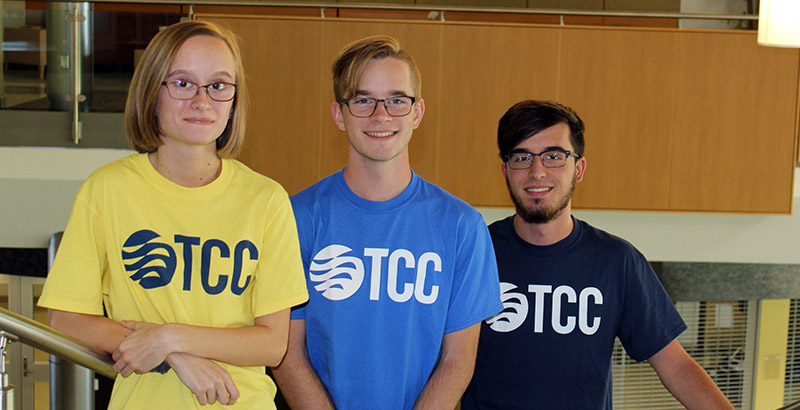 Three giant tuition bills all at once. That didn’t add up for triplets Hope, Steven and Perry Drew.

Enrolling at Tidewater Community College for two years before transferring to a four-year university made all the sense in the world both economically and academically for the Nansemond River High School graduates.

“It’s kind of hard to pay for three people at once. And he can’t decide what he wants to do,” Perry said pointing to Steven.

“I wanted to be an animator. I’m not sure. There’s a lot of choices. Everything interests me,” Steven said. “I want to get my general studies degree and figure it out.”

Together they participated in the Bridge Program last summer on the Portsmouth Campus that acclimated them to college life, making for a successful transition.

“You learn about all the resources you have,” Perry said.

“It helps to know your way around; we don’t get lost,” Hope said.

Steven and Perry work nearly full time and have been able to build their class schedules around their jobs. They like the small class sizes and personable professors.

“All my professors are pretty nice, and they know how to teach,” Steven said. “I really like my history class because my teacher is a giant nerd like me.”

Hope would like to teach art or work in a museum. Steven plans to join the Navy after college with the plan to work in public affairs. Perry wants to be a computer hardware engineer.

The Drews recommend TCC to other recent high school graduates, and while the semester is still young, they share this advice.

And from Hope? “Make friends,” she said. “That always helps.”