TCC a family affair for the Grices 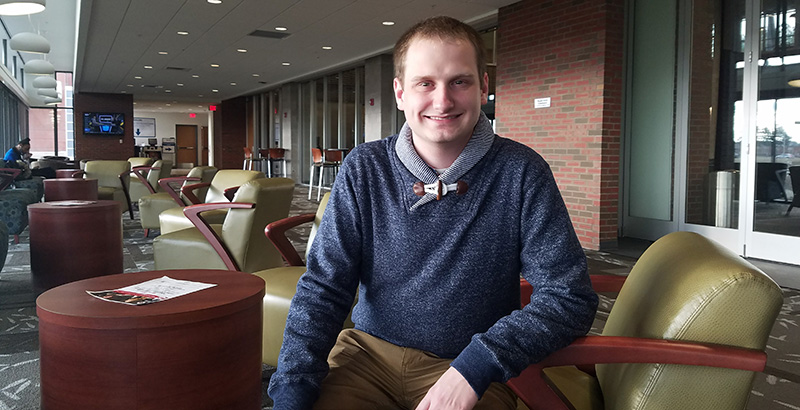 You might say Tidewater Community College is in the blood for the Grice family.

There’s David Grice, who graduated in December with an Associate of Science with a Specialization in Computer Science. He will work toward his bachelor’s in computer science and business at the College of William and Mary or Virginia Tech beginning this fall.

Then there are his three siblings, Andrew, Matthew and Sarah, all of whom studied at TCC before transferring to four-year universities. Today Matthew works for the Chesapeake Sheriff’s Office, Andrew is an assistant director of financial aid systems at Regent University, and Sarah is a social media director for a church in Buffalo, N.Y.

“Because of my family, I only heard good things about the college,” said David Grice. “It was always going to be a TCC start for me.”

After high school, Grice had no idea what he wanted to do professionally. “I’ve always enjoyed math, but when I learned about computer programming, I was hooked.”

Grice didn’t even mind commuting from Hampton to both the Chesapeake and Virginia Beach campuses. “My family moved to Fort Monroe, and while it was really cool living there, it was a challenge being so far away from school. I see it now as an integral part of learning those life skills.”

TCC professor Evgenia Harrison encouraged Grice to join Mu Alpha Theta, the math honor society. “I owe so much to her,” he said. “She was really the best.”

Grice was also a member of Phi Theta Kappa, the honor society for community college students. He said the secret to his success was that he saw his professors as mentors who could help advance his career.

While at TCC, Grice was selected for the NASA Community College Aerospace Scholars program, where he learned about the Mars mission. The program gives community college science, technology, engineering and math students an authentic NASA experience and encourages them to finish their associate and transfer to a four-year school to pursue a NASA-related field.

“There’s no doubt that TCC prepared me well to transfer,” he said. “What I learned in school, I’ve applied to my life, and that’s made all the difference.”