Daniel Howard not only wants to make his career in engineering. He has an innovative idea that could improve environmental sustainability. 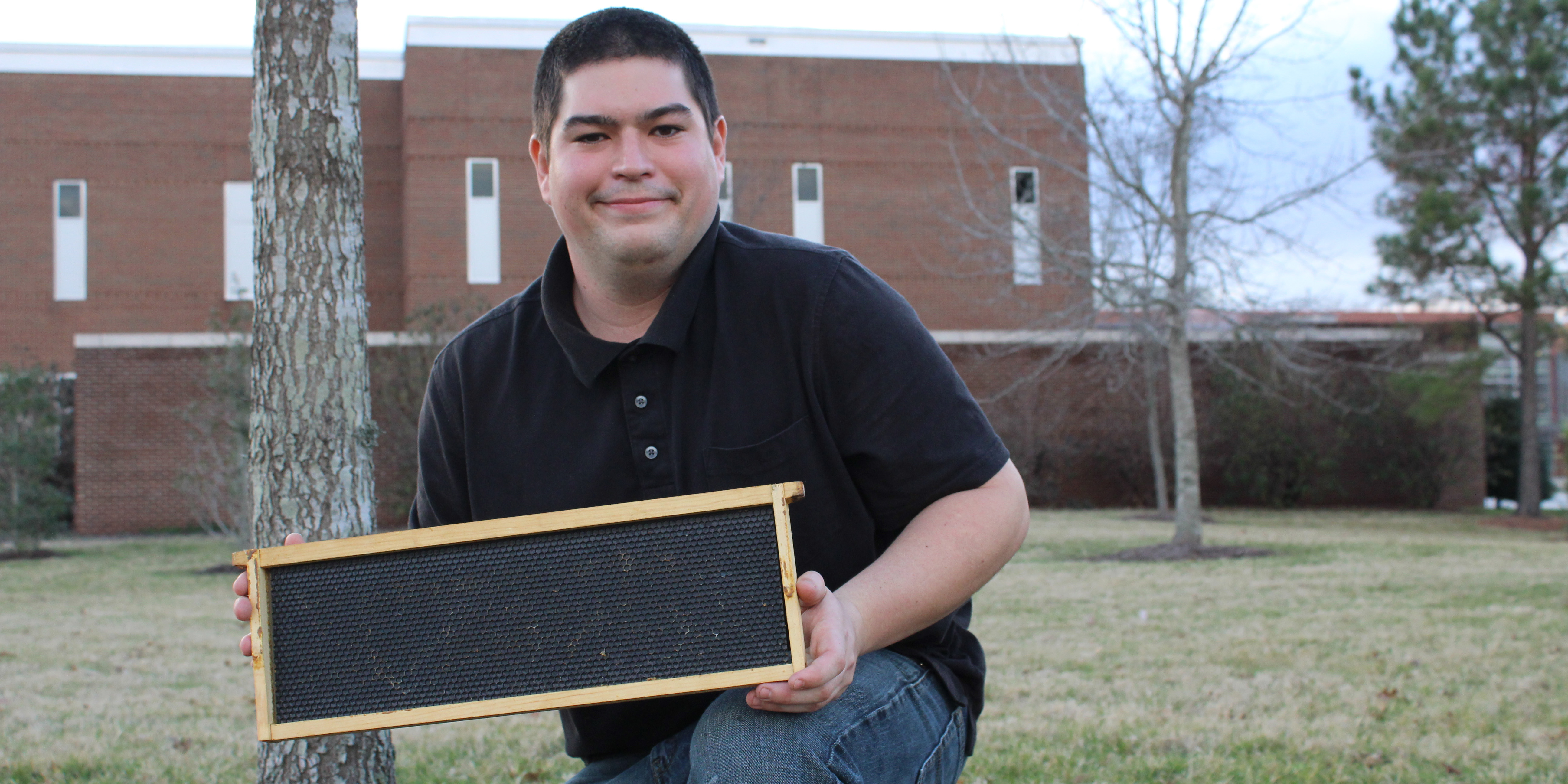 In case you haven’t heard the buzz, it’s National Engineers Week, a seven-day celebration of all that engineers do to make our world a better place.

Take Tidewater Community College student Daniel Howard, for example, who not only wants to make his career in engineering, but has an innovative idea that could improve environmental sustainability.

The Ocean Lakes High School graduate, working toward his Associate of Science in Engineering at TCC, is also a beekeeper. 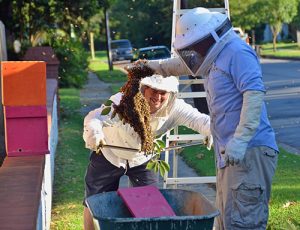 Daniel Howard and neighbor Clinton Noble capture a swarm of bees in Norfolk.

Howard’s interest in honeybees dates back to his family starting a farm in Appomattox, where his dad continues to grow hundreds of fruits and vegetables. The more plants you grow, the more that require pollination, which honeybees provide.

“If you have more pollinators, the hopes are that you’ll have more food for your crops,” he said. “Quicker pollination also helps the fruit grow faster.”

It’s estimated that in North America roughly 30 percent of the food humans consume is produce from bee-pollinated plant life.

In addition to maintaining a hive on the farm, Howard keeps 11 hives in the backyard of his Norfolk home. Here’s where the engineering part fits in.

With the help of TCC Professor Kenneth Grimes, Howard is working to design a more efficient foundation, the part of the frame on each individual hive where the queen lays her eggs and the bees build their comb.

The typical foundation sold by retailers contains hundreds of hexagon cells, 5.2 millimeters each. Using Inventor software and a 3-D printer, Howard’s prototype foundation contains even smaller cells, 4.6 millimeters to be exact, which, he said, are closest to the natural size and possibly more efficient.

It’s a trial-and-error, time-consuming process that puts his critical thinking skills to the test.

“I don’t think there’d be any opportunity to do this at a bigger university, to foster this type of creativity,” Howard said. “I had this idea and Professor Grimes has worked with me.  It’s been a giant challenge.”

But the problem-solving aspect of engineering is why Howard went into engineering in the first place. After he earns his associate degree, he will go for his bachelor’s in civil engineering at Old Dominion University.

Bees, he hopes, will continue to be a hobby. Not surprisingly, he’s been stung, more times than he can count.

“Pretty much any time I go around the bees, I get stung, whether I’m suited up or not,” he said. “But it’s no big deal.”