“I was sitting where you sit today,” Jared Cotton told the class of 2018. “If there was a slogan for me regarding Tidewater Community College, it would be, ‘From here, find your purpose.’ ” 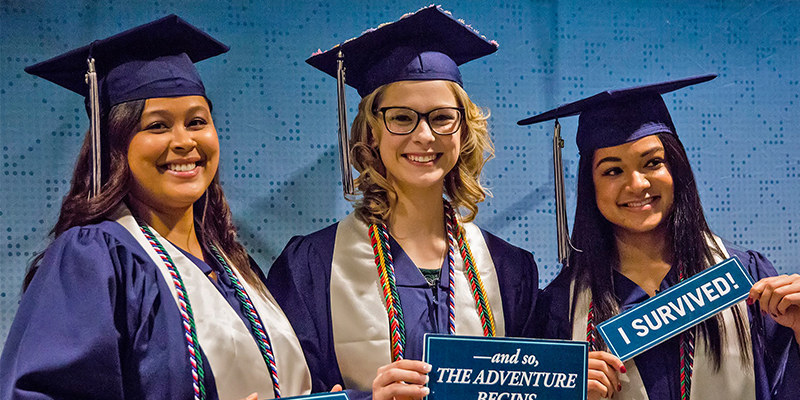 The newest Tidewater Community College graduates received warm congratulations and prudent advice from one of their own at the college’s 67th Commencement Exercises on Monday evening at the Ted Constant Convocation Center.

Keynote speaker Jared Cotton, who became superintendent of Chesapeake Public Schools over the summer, graduated from TCC in 1990 before going on to earn a master’s and doctorate from George Washington University. 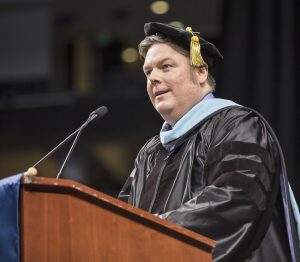 “I was sitting where you sit today,” he told the class of 2018. “If there was a slogan for me regarding Tidewater Community College, it would be, ‘From here, find your purpose.’ ”

Encouraged by his mother and sister, both TCC alumni, the Great Bridge High School graduate attended the college with a plan to be a pharmacist. His time at TCC shaped a different future. While taking classes, he worked at the Pines Treatment Center, a rehabilitation home for troubled teens, as a substitute teacher. As a student teacher, he flourished and realized his passion was education.

“That’s where I found my purpose,” said Cotton, who also holds a bachelor’s from Old Dominion University.

Cotton highlighted the stories of previous TCC graduates who credit the college with helping them find their direction, including Shorntail Goodrich, working at the Norfolk Community Services Board; Michelle Wharton, a licensed geologist at one of the nation’s premier environmental planning and consulting firms; and Patrina Felts, graduating Monday with an Associate of Applied Science in Funeral Service. Felts recently started her career as a funeral director at Metropolitan Funeral Service in Norfolk.

“Today I hope you leave finding your purpose,” Cotton said.

Paul Cage spoke on behalf of the students, many of them military veterans like himself. Cage spent 21 years in the Navy and came to TCC to retrain for a new career He earned his Associate of Applied Science in Interior Design and a Certificate in Associate Designer; he previously was awarded a Career Studies Certificate in Truck Driving. 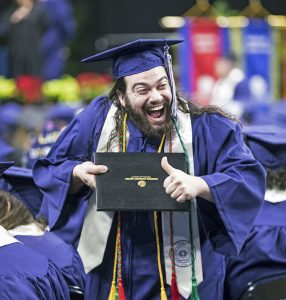 “Remember in the face of adversity, turn it into fuel to motivate you to come up with great ideas – become the best person you can be,”said Cage, planning to open his own business. “Our commencement marks the beginning of our new lives personally and professionally.”

Cage graduated with his wife, Sherrilyn Olds-Cage, who received her Associate of Science in Social Sciences. She is currently a student at Old Dominion.

President DeCinque presented a posthumous degree to the family of Belinda Drew. Drew was two classes shy of earning her Associate of Science in Social Sciences, when she died unexpectedly in July. Her sons Gevasico Gaskins and Wayne Vanderpool Jr., along with numerous family members were in attendance.

Nearly 2,000 comprise the newest class of TCC graduates, who join a network of more than 100,000 alumni. The college is also celebrating its 50th anniversary. 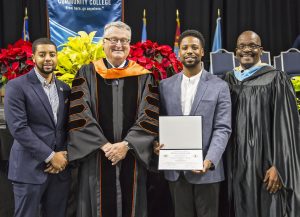