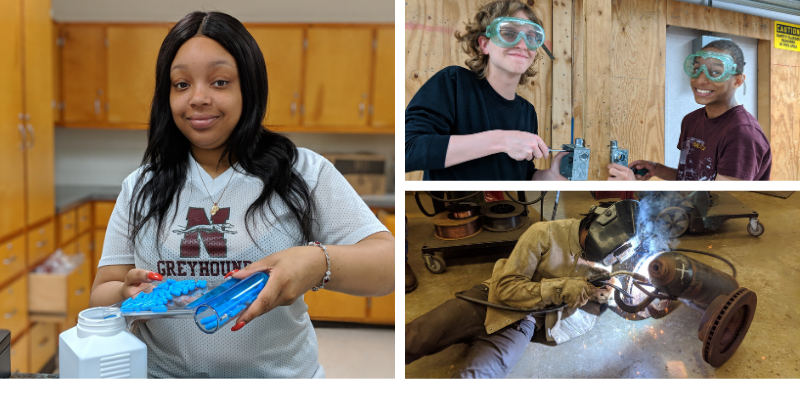 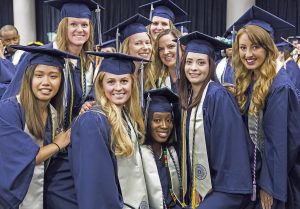 Five students from the inaugural STEM Promise Program cohort graduated; each is planning to transfer. Four of them, Deloren Perry, Devon Singleton, Kasen Martel and Kathryn Synowiec are bound for Old Dominion University. Robert Sutton will transfer to Virginia Tech. All are juniors who earned four semesters of free tuition thanks to the Women’s Center STEM Promise Program launched in 2017. 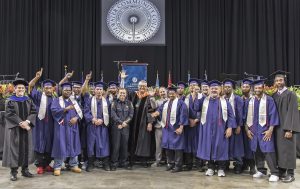 Thanks to a new partnership with Priority Automotive and the Norfolk Sheriff’s office, TCC graduated its first class of nonviolent offenders from the Norfolk Jail. By learning at the PriorityTechnical Training Center in Chesapeake, 14 inmates were trained as automotive technicians, earning career studies certificate in Automotive Chassis Systems. All of them are eligible for full-time employment following their release.

Expanded partnerships with the Chesapeake and Portsmouth public schools led to TCC graduating its largest class of dual enrollment students. Fifteen earned career studies certificates in mechatronics, meaning they are one year away from completing associate degrees. Thirty-six other students earned career studies certificates in the fields of electrical wiring, welding and pharmacy technology. 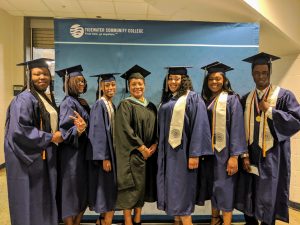 In addition, six teenagers from the Portsmouth Campus are Governor’s Medallion recipients as they completed associate degrees while still in high school. This is the largest number of Governor’s Medallion winners ever from TCC. All will enter four-year colleges as juniors.

Student speaker Charleston Yancey will also be a junior at his next stop, Virginia Wesleyan University. Yancey, who earned his Associate of Science in Social Sciences, encouraged the Class of 2019 to persist past the pressure, speaking with a passion that ignited his classmates. 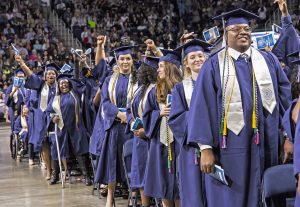 “No matter what you have endured in life, on this day you are defined by three words: ‘You did it!’” he said, the culmination of a spirited speech that left many of his classmates on their feet. ‘When you face new obstacles and new challenges, remember, you did it!

“If you did it once, you can do it again,” he repeated to cheers; nearly 1,000 graduates were in attendance.

Ruth Jones Nichols, chief executive officer of the Foodbank of Southeastern Virginia, followed Yancey and admitted she wept after being asked to be the college’s keynote speaker, calling it a humbling honor.

“You don’t have to be Danny Glover or Glenn Close to connect with each of you in this moment,” she said. “I’ve been where you are today. I’ve experienced the range of emotions that come with taking your next step.” 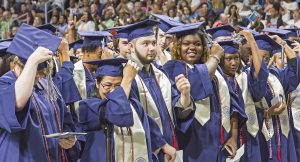 Grads move their tassels to the right to signify that they are now TCC grads.

Jones Nichols encouraged the graduates to think of their new education as a passport and look for real-world experience to complement their academic achievements. She advised them to be wary of falling into the trap of following someone else’s timetable as a measure for success.

“Don’t allow the movement of others toward a destination to define when, where and how you use your passport in life,” said the admitted late bloomer. “Trust the process and the place where you find yourself in any given time.”

She concluded by alluding to an upcoming partnership between the Foodbank and TCC, which will establish a food pantry to help college students deal with food insecurity.

Jones Nichols added, “Use your education at TCC to continue creating the best possible life for yourself. Never forget that you truly can go anywhere.” 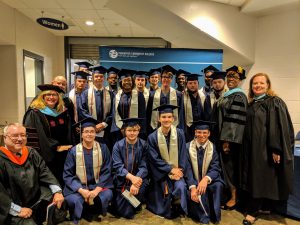 “Are you ready?” TCC President Greg DeCinque then asked the jubilant graduates, each of whom joined TCC’s alumni network of 100,000 strong after making their celebratory walk across the stage.