TCC, which has a CMVE on each of its four campuses, ranks fifth overall and is one of two Virginia Community Colleges in the top 10. 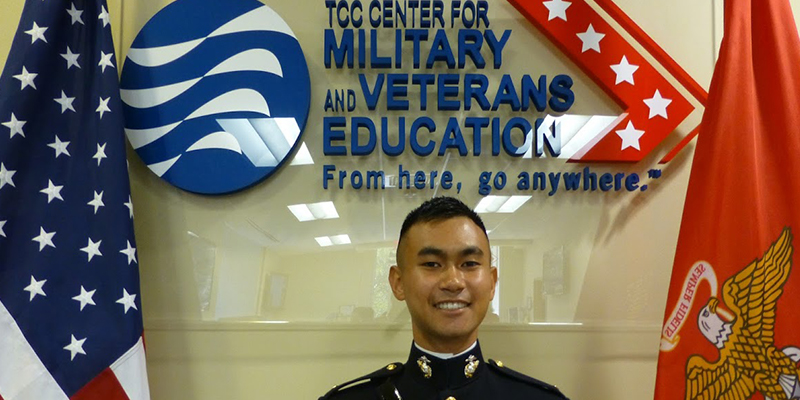 Tidewater Community College has been recognized as the top-ranked two-year school in Virginia for its support of veteran and military students, according to 2019 rankings released by Military Times on Monday.

Rankings are based on the results of Military Times’ annual survey – a comprehensive school-by-school assessment of veteran and military student services and rates of academic achievement – as well as a detailed review of public data collected by federal agencies.

“Our priority at the CMVE continues to be serving military-related students, whether they be active-duty, transitioning military, veterans or their family members,” said Batanya Gipson, interim director of the CMVE. “We strive to make the CMVE a one-stop shop, where our military-related students can receive help with academic and career advising and learn how to use their GI Bill®  funding and other college and community resources that can help them achieve their education and career goals.”

About 35 percent of TCC’s enrollment is military-related students.

The CMVE continues to work to secure approval for students to use GI Bill® benefits and SkillBridge funding. The college offers a digital court reporting program geared specifically toward military and their families. TCC was recently recognized for its partnership with Virginia Natural Gas, which provides training for transitioning military.

The college’s Solar Ready Vets program, which prepares sailors for careers in the solar industry, is in its third year. TCC also introduced a Career Studies Certificate in Inside Machinist last year that provides opportunity in the manufacturing and maritime industries, an ideal fit for former military members.

Military Times; Best for Vets: Colleges is an editorially independent, objective and rigorous news project in its ninth year. This feature evaluates the many factors that help make colleges and universities a good fit for service members, military veterans and their families. About 500 colleges took part in this year’s survey, and less than half received recognition in the survey.