Behind the scenes at Shakespeare in the Grove 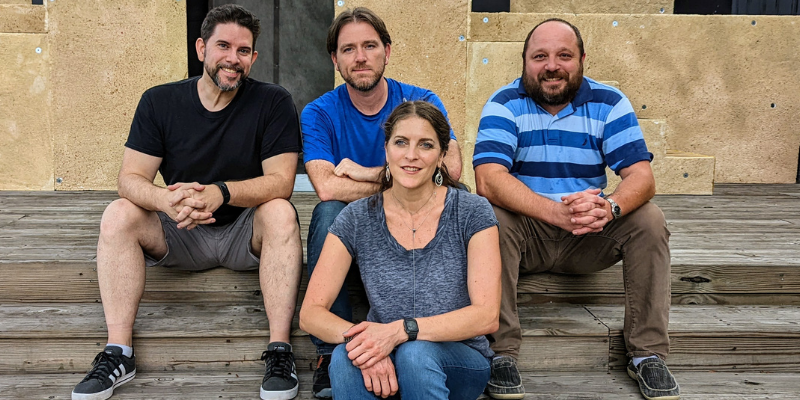 It’s been 25 years since the first Shakespeare in the Grove production took center stage on Tidewater Community College’s Chesapeake Campus.

What began with “a passion and a plank” has grown into a community gem and the largest community theatre production on the Southside in Hampton Roads.

Founder Ed Jacob is the faculty member with the idea to launch outdoor theatre on the Chesapeake Campus with its grove of trees and open spaces. What started in 1996 with a shoestring budget and four platforms to perform on, is now a full-scale production with props, costumes, lights and plenty of technical support.

Today, three cast members and director Trey Clarkson, who were actors in the first show, look back and remember the launch of Shakespeare in the Grove. They also talk about this year’s production of “The Tempest.”

“We were just kids when we started, and now we have our children performing in the plays,” said Clarkson. “We met Ed Jacob at Great Bridge High and that began a very long and rewarding association with TCC.”

Brant Powell, who plays Prospero in “The Tempest” added, “To be here at 25 years is exciting, but also surreal. To see this long-standing tradition continue and prosper has been amazing.”

Cat Gendell, who is playing Antonia, noted that the cast and crew have become family and that every summer she looks forward to gathering again. “Every year it’s the same, but different. This is a community gem and there’s magic in every show. The plays are not stuffy, but rather easy and comfortable.”

“It feels bizarre to be the adults in the room now,” said Brian Breshears who plays King Alonso. “We were recent high school grads when we started and now we are in our 40s and welcoming new core members to the Grove family.”

The free performances are family-friendly and run for about two hours with a 10-minute intermission. In addition, the Kiwanis Club of Chesapeake offers hamburgers and hotdogs to hungry guests.

“`The Tempest’ is a story of redemption and celebration that is especially fitting after the pandemic,” added Clarkson. “Our story is a celebration with live music, live dance and magic to fill the air as we commemorate 25 years of Shakespeare in the Grove.”

Shakespeare in the Grove is sponsored by TCC and the Chesapeake Fine Arts Commission. Guests are encouraged to bring lawn chairs, blankets and a picnic dinner; insect repellent is also recommended.