An Enduring Love: Donors embrace love and honor the past after loss

Pat Barner and Bob Randolph remember their spouses with endowed scholarships, continuing a legacy of love. 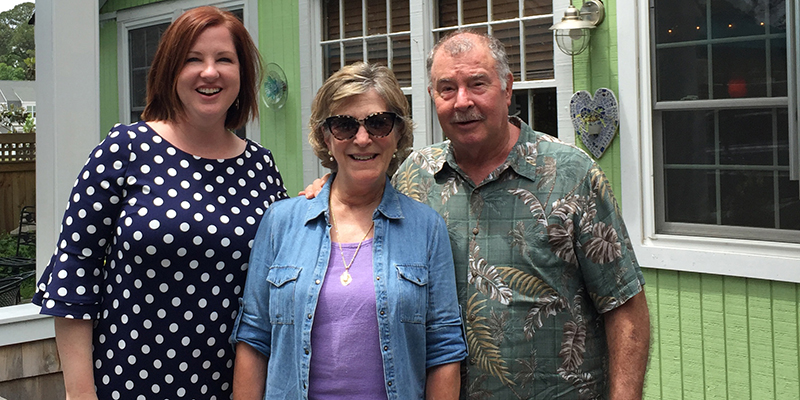 When Doug and Pat Barner finished raising their blended family, they followed their hearts to Chic’s Beach in Virginia Beach. They built a house just blocks away from the water and settled into retirement and beach living.

Doug quickly took to the neighborhood, especially the civic league and the neighborhood watch. Early mornings found him walking the beach, chatting with neighbors and keeping an eye on things. When Doug died unexpectedly there was a big empty space in the heart of Chic’s Beach.

Before his death, Doug had revived his interest in art and began to paint in earnest. His beach landscapes were filled with light and movement. He had arranged to exhibit his new work at Alexander’s on the Bay restaurant, so after his death Pat decided to go ahead with the show.

She endowed the Doug Barner Fine Arts Scholarship at Tidewater Community College with the proceeds of his artwork. The award supports a student pursuing painting, drawing or photography at the Visual Arts Center in Portsmouth, Virginia.

A few years later, Bob Randolph was grieving the death of his wife Joanne when he and Pat reconnected.

The Barners had gone to the same church as the Randolphs for over 40 years.

With children the same age and overlapping social circles, the families were already close. And now, Pat and Bob were joined in an unexpected way – through grief. 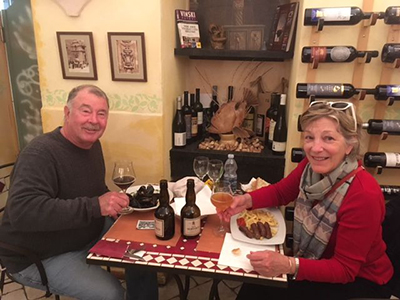 Over the next weeks and months, Pat helped Bob through the grieving process and, in turn, he helped her realize that she had come a long way since her husband’s death.

Their feelings for one another grew and took on new shape. They fell in love and got married.

Bob was moved to establish a scholarship in his late wife’s name, as Pat had for Doug.

Joanne was a longtime resident of Norfolk and a retired registered nurse who worked in the Peace Corps before a decades-long career at DePaul Medical Center.

“I thought a scholarship was a terrific idea,” Bob said, “but both of Joanne’s alma maters had closed. I knew that TCC offered a nursing program, so I reached out.”

He established the Joanne Randolph Nursing Scholarship, which supports a high-performing nursing student pursuing a career in the field.

The 2018 recipient of the Joanne Randolph Nursing Scholarship, Nicole Merritt-Croft is a proud future nurse. As a Navy veteran, mother of three, and full-time nursing student, the scholarship money made a big difference to her family while she was in school.

“My daughter was also taking classes at TCC while I was enrolled and my husband was deployed on active duty,” said Merritt-Croft. “While we were all studying – all the money mattered, down to the very last penny. I’m so appreciative of this scholarship; it allowed me to buy my nursing supplies and textbooks. It was one less thing to worry about!”

A former hospital corpsman in the Navy, Merritt-Croft graduated in May and has been studying for the National Council Licensure Examination with hopes of landing in a labor and delivery unit. Like Joanne, she has a passion for medicine and helping others.

“I had been trying to get back to school for a long time before starting at TCC,” she said. “When we got stationed here four years ago all my kids were old enough that I could do it without having a nervous breakdown. There was nothing stopping me – and I went for it!”

“TCC was a great value for the cost,” Merrit-Croft said. “I learned a ton – so much. And thanks to my amazing teachers, I have no reason to think that I’m not just going to pass my boards with flying colors.”

“We never forget our Joanne and Doug,” said Pat. “We live with them. Bob and I feel they’re always here, together with us, because of the memories. Finding each other has been a beautiful gift.”