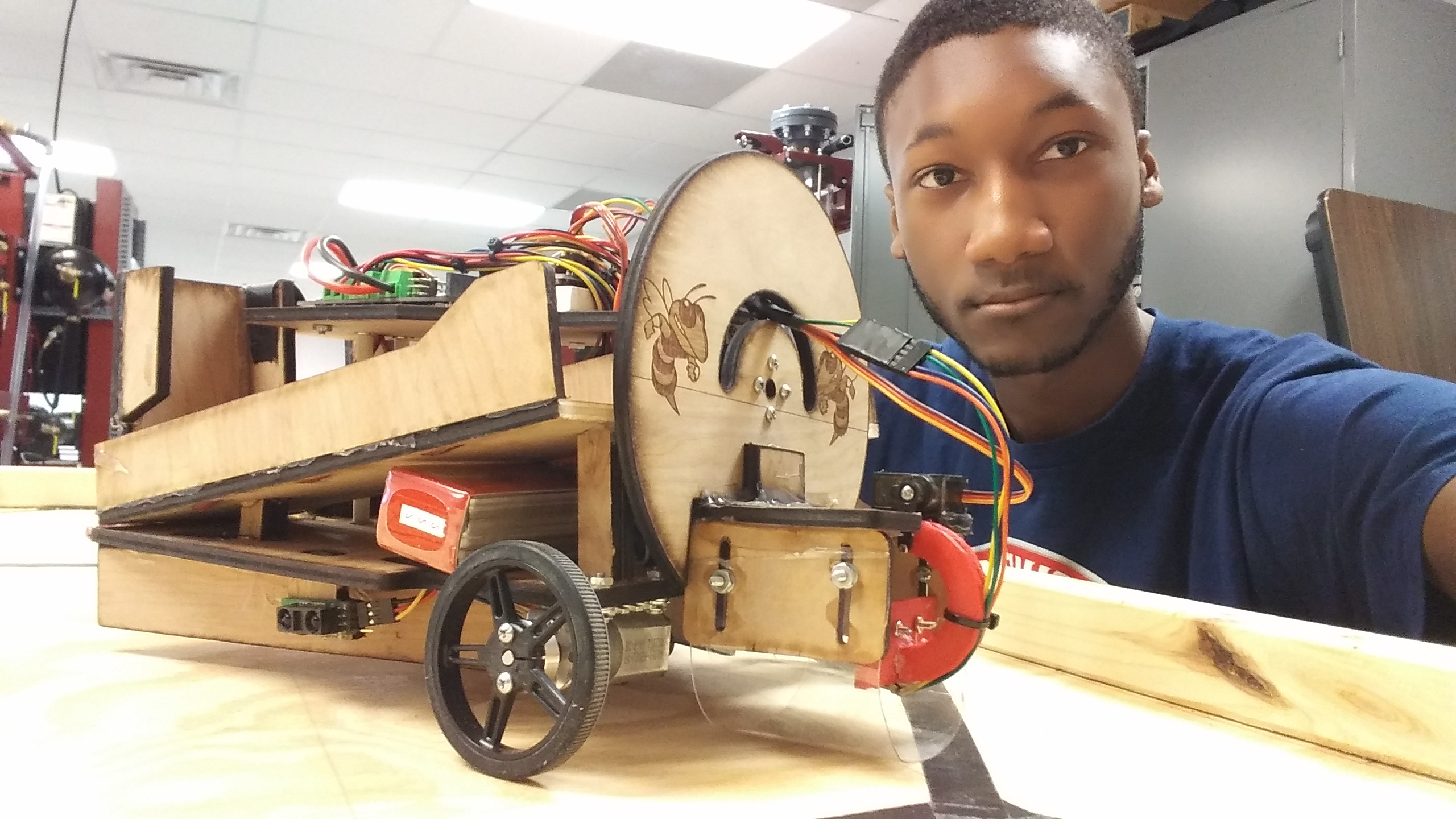 Over the last 30 years, the American Society of Heating, Refrigerating and Air Conditioning Engineers (ASHRAE) has awarded more than $2 million in scholarships to nearly 500 students. These awards are designed to motivate students to pursue engineering or technology careers in the HVAC/R field.

In 2010, the Hampton Roads Chapter of ASHRAE announced the creation of a unique, chapter-specific scholarship: the Daniel C. Pettway Scholarship at Tidewater Community College.

Daniel C. Pettway started his career in HVAC/R as a youngster by helping his neighbor assemble catalogs. His passion for the field led to decades-long involvement with ASHRAE while his career advanced through the heating and air conditioning industry in both the residential and commercial marketplaces.

A TCC alum, Pettway transferred to Old Dominion University with his Associate of Science in General Studies, but was never able to obtain his bachelor’s due to financial constraints.

He returned to TCC later as an adult learner to set a good example for his son, Daniel C. Pettway II, when he realized “just how important a college degree is” for job advancement.

His plan worked. Pettway II earned an Associate of Applied Science in Civil Engineering Technology, graduated with a bachelor’s in civil engineering from ODU and is now a project manager for Akridge in Washington, DC.

The Daniel C. Pettway Scholarship at TCC recognizes Pettway’s long-standing commitment and contributions to ASHRAE at the local, regional and national levels. The award also strives to “serve humanity and promote a sustainable world” by helping to train students for careers focused on energy efficiency, air quality and industry sustainability.

“To say that Dan is involved is an understatement. Since the ’80s, he’s been working with the local chapter, at the regional level as director at large and has even served as vice president of the ASHRAE Society. He’s a huge supporter of our initiatives regarding research promotion and energy.”

The scholarship also has a personal meaning to Hartman, who was a recipient of an ASHRAE scholarship award when he was pursuing his mechanical engineering degree at ODU.

“There are tons of metrics people are using now to understand how to get to a ‘green’ construction,” said Hartman. “Insulation, window performance, HVAC systems, locally sourced materials, reusing construction materials. . . . Everyone wants to be in a 75-degree building in 100-degree weather, and we want you to be comfortable too – with the lowest environmental impact possible.” 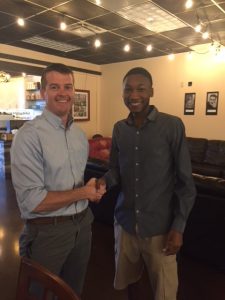 Eligible students need to demonstrate interest in an HVAC/R career and be enrolled in one of TCC’s engineering, HVAC/R or computer-aided drafting and design programs.

Ramon Veal, this year’s award recipient, is a mechanical engineering technology student with a blueprint for success and a passion for evolving technology.

A talented musician on the clarinet and drums, Veal originally came to TCC to study music, but after experimenting with engineering classes, he fell in love with the subject: “I still love music, but I’ve definitely found a passion for engineering here.”

Veal enjoys the opportunities available to learn beyond the classroom – and recently placed fourth with his classmates in the American Society for Engineering Education Two-Year College Division Model Design Competition in Salt Lake City.

“The scholarship has made a difference,” Veal said.

“This funding has helped fill the gaps from my grant money and allowed me to buy my supplies and books,” he said. “It’s been a boost for my self-esteem. Knowing someone notices that I’m doing something good and wants to help me go even further? That’s cool!”

Veal will finish his associate degree next year and hopes to transfer to Virginia Commonwealth University to pursue a bachelor’s.

“I want to enjoy what I do for a living,” Veal said. “TCC is preparing me for a career that will allow me to do just that.”

For Hartman and local ASHRAE members, the outcome couldn’t be better; “We want to educate our young people to be more responsible to the Earth,” he said. “But, ultimately, our goal is to continue the legacy of our chapter by creating more engineers who can better serve our community.”