“I literally took what I learned at TCC and put it into practice at work the next day." -- Keith O'Malley 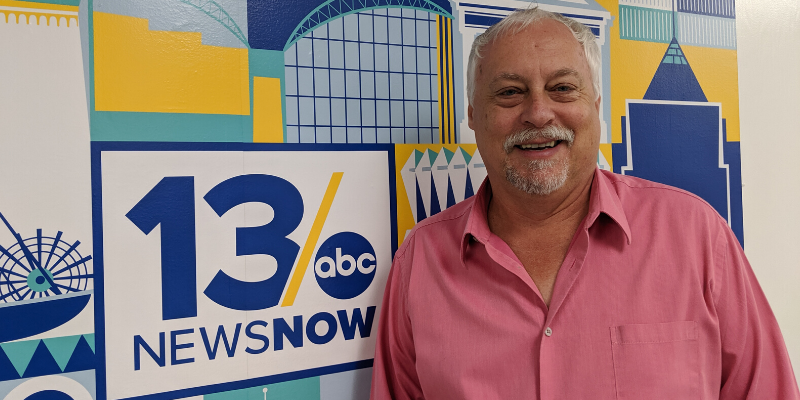 In the fast-paced, nonstop grind of television news, Keith O’Malley is charged with keeping all networks and computer systems operational and safe from hackers.

The director of technology for WVEC, the ABC-affiliate television station in Hampton Roads, credits the information technology classes he’s completed at Tidewater Community College for keeping his skills sharp.

O’Malley, who earned his associate degree years ago in his native Illinois, focused on TCC’s cyber security classes to further his knowledge.

TCC’s Cyber Security Program, designated as a National Center of Academic Excellence in Cyber Defense (CAE2Y) for Two-Year schools (NSA-CAE2Y) by the National Security Agency and the U.S. Department of Homeland Security, aligns with national standards.

“As a media company, we see threats all the time from multiple directions; it’s like having a target on our backs,” he said.

“I literally took what I learned at TCC and put it into practice at work the next day. Many times I have a computer user who doesn’t know how to explain their issue to me, but with my experience from class, I am able to get to the source of any problem quickly.”

O’Malley credits Professor Rob Guess with keeping the material fresh. “There was definitely never a dull moment in his class!” he said. “He was dynamic, energized and did an amazing job presenting difficult concepts.”

“I’m just making sure that I have all of the bases covered,” he said. “In this business, you can never overdo security.”