More than 700 graduates walked in the ceremony at the Ted Constant Convocation Center. 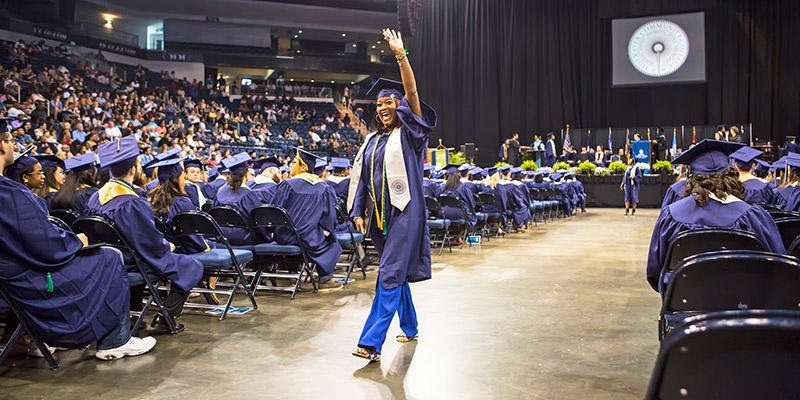 During a Saturday afternoon of milestones and remembrances, Tidewater Community College celebrated the spring class of 2018 at its 66th Commencement Exercises.

In addition to more than 700 graduates walking in the ceremony at the Ted Constant Convocation Center, TCC President Edna V. Baehre-Kolovani recognized the following milestones: 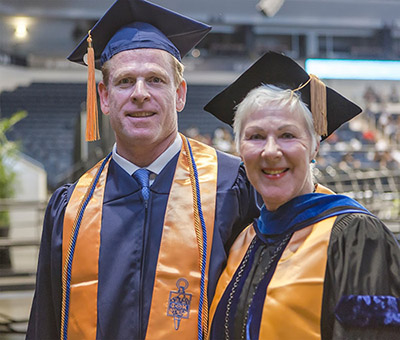 Keynote speaker Cheryl Turpin, an educator elected last fall to Virginia’s House of Delegates, encouraged the students to keep learning regardless of age.

“No matter your age, I see nothing but young minds when I look out to this crowd,” said the longtime science teacher.

Turpin’s journey has taken her from science teacher at Cox High School to the cover of Time magazine the week after she was elected to the House of Delegates. “If you follow your passions, you can achieve what you dream,” she said.

Student speaker Tony Sawyer, previously a high school dropout, talked about finding the desire to succeed at TCC thanks to the support he received. He graduated with an Associate of Science in Social Sciences.

“Education required a lot of sacrifices, but the lessons learned have been worth it,” said Sawyer, on the President’s List every semester at TCC and bound for Old Dominion University. “Today’s success is not an ending point. Let us apply the knowledge we’ve learned to make a difference. 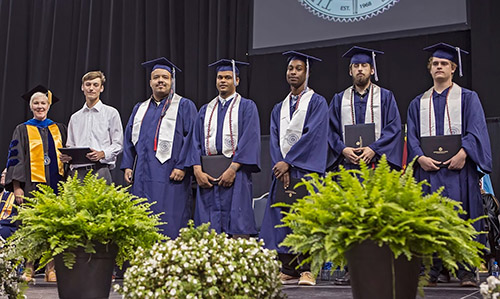 “As a former 16-year-old dropout, who is now a 49-year-old TCC graduate and attending the ODU honors college in the fall, I currently experience a new freedom from this education I no longer thought was possible,” he said.

During the conferring of degrees, Jordan McNair was awarded a posthumous Career Studies Certificate in Automotive Chassis Systems. McNair, a student at TCC’s Regional Automotive Center, died in a car accident last August. He was 20 years old. 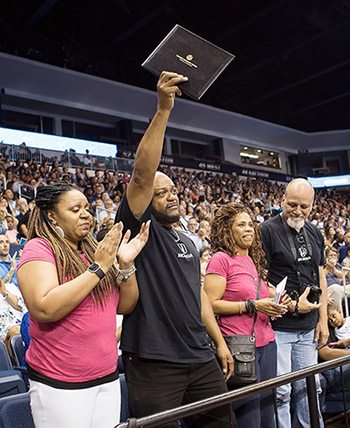 McNair’s family received an inspiring standing ovation from the graduates. His classmates, who finished restoring his project car, a 2000 Honda Civic, presented his family with his certificate.